ANC suddenly decides land issue is urgent, must be tackled before elections 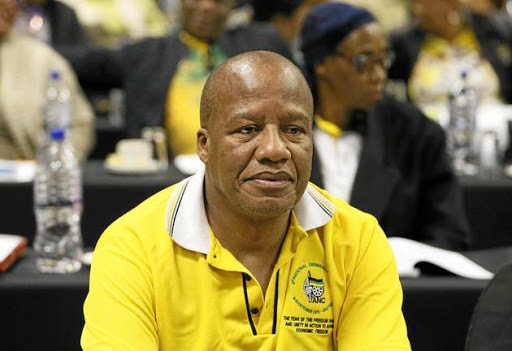 Jackson Mthembu has announced that the land debate is now urgent. The current parliament has only six weeks to wrap up crucial matters before it goes into recess for the elections.
Image: PHIL MAGAKOE

ANC chief whip Jackson Mthembu has made an about-turn by announcing on Tuesday that parliament will begin the process of amending the constitution in this current term.

"An hour ago, Honourable Thoko Didiza was elected chair of the ad-hoc committee tasked with amending section 25 of the constitution. We congratulate her and wish the committee well as they embark on this historic process," added Mthembu.

He also made reference to the revised expropriation bill which was published in December for public comment, saying it will be coming to parliament "very soon" and that he was confident the bill would be passed "without any hesitation".

"We are also awaiting a redistribution bill from our government and we will be passing the Restitution of Land Rights Amendment Bill that is currently before the national assembly during this term of parliament," said Mthembu.

Ten days ago, he told the Sunday Times that the process to amend the constitution to allow for expropriation of land without compensation would be deferred to the sixth parliament.

He was going to propose to the ANC's headquarters and consult other parties represented in parliament to suggest the process be deferred to the next parliament after the elections, he said, adding that there would not be enough time for the ad-hoc committee to meet the March 31 deadline to finalise the process.

Parliament will conclude its business on March 20 so that MPs can be released early for electoral campaigns ahead of the elections. This means the current parliament would have just six weeks to wrap up crucial matters, including the issue of land.

At the time, Mthembu said it would be impossible for the ad-hoc committee that had been set up to amend section 25 of the constitution to finish its task by March 31, a deadline that was agreed to by the house last year.

The ad-hoc committee would have to embark on a drawn-out public consultation process that, among others, involves written submissions and public hearings to be conducted across all the nine provinces.

Mthembu said such a process would take between six and 12 months to conclude. "The issue is if there is no possibility of you concluding this work, why start it?" said Mthembu at the time, adding that it would be wasteful for the current parliament to start a process it would not oversee to completion.

But on Tuesday the special national assembly committee established to amend the constitution an hour before Mthembu delivered his speech.

The ANC has previously been accused of using the issue of land expropriation without compensation as an electoral tool to garner votes in what is expected to be a fiercely contested election in May.

"The matter was served on parliament on February 27 2018. It's been close to a year having had this matter on the table and I am sure we will do whatever possible to make sure that we conclude as fast as possible," said Didiza.

ANC wants to defer land process until after election

The ANC wants to put on ice the process to amend the constitution to allow for expropriation of land without compensation.
News
3 years ago

The ANC has deployed former land affairs minister Thoko Didiza to lead the ad hoc committee that will craft legislation to amend section 25 of the ...
Politics
3 years ago

The National Assembly wants to settle the issue of amending section 25 of the constitution to allow for land expropriation without compensation by ...
Politics
3 years ago

Former president Jacob Zuma believes there is "too much" unnecessary debate on the land issue "for my liking".
Politics
3 years ago