Mosiuoa Lekota gets standing ovation for calling Ramaphosa a 'sell-out' 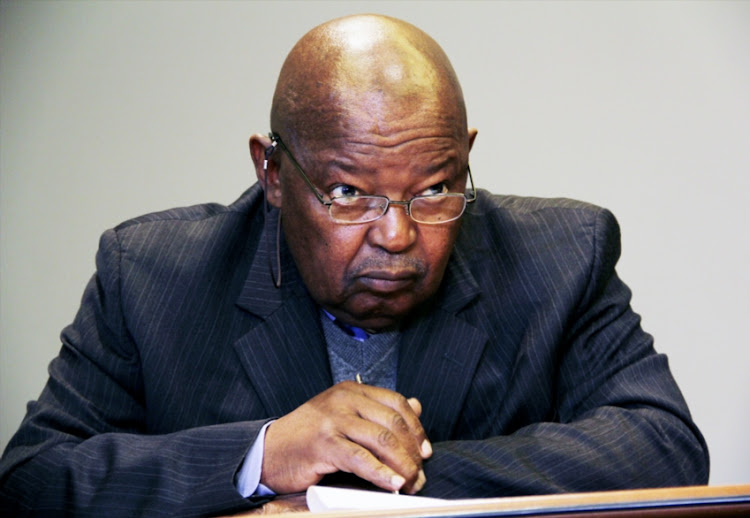 Cope leader Mosiuoa Lekota stunned the national assembly when he held it to ransom, refusing to address the house until President Cyril Ramaphosa returned to the chamber on Wednesday.

Shortly before Lekota took to the podium during day two of the debate on the state of the nation address, Ramaphosa briefly stepped out of the house.

When he noticed that, Lekota in an unprecedented move refused to speak until the president returned.

"Madam speaker, shouldn't I wait for the president," he said, to which presiding officer Thandi Modise said: "No honourable Lekota, please proceed now you're wasting your time, please proceed."

"The president addressed me when he was here on the podium [last Thursday]. I want the president because I want to answer some of the things he said to me, he called me by name," replied Lekota.

But a strict Modise chastised Lekota, pointing out that he had been aware since 1994 that presidents and other politicians were allowed to go in and out of the house during debates.

"This amnesia is amazing. The president, and other ministers, is just a human being. They do have a chance to go out and come back, since 1994. Honourable Lekota you and I are witness," said Modise.

"In fact there are instances where the president would not even be here. He's got the staff, he's got ministers, people who take notes and will keep him abreast when he comes in so please continue the debate sir."

But a stubborn Lekota dug in his heels and refused to start his speech.

"He must not hold the house to ransom like this," shouted EFF MP Mbuyiseni Ndlozi.

A few minutes later, Ramaphosa returned to his front seat on the ANC side of the horse-shoe chamber.

In his brief speech, Lekota accused Ramaphosa of selling him and other student leaders out to the apartheid special branch when they were activists in the 1970s.

Congress of the People president Mosiuoa Lekota came under attack for his views on land expropriation at the parliamentary hearings in Mahikeng in ...
Politics
3 years ago

"This invitation that you were issuing on Friday, you should have issued it then. We should have travelled together to the island to serve years for the struggle of our people. I will not join you because you made your choice then," said Lekota.

At that point EFF leader Julius Malema stood up on a point of order, saying: "We want to offer honourable [Lekota] eight minutes of the EFF [time] which is remaining … this issue of selling out is very important."

Modise, however, said the rules of the sitting did not allow for such an offering.

Lekota received a standing ovation from the EFF, FF Plus and DA MPs after accusing Ramaphosa of being a sell-out.

Members of parliament are debating President Cyril Ramaphosa's State of the Nation address on Wednesday.
Politics
3 years ago

ANALYSIS | How Cyril got it wrong on NHI

President Cyril Ramaphosa created confusion with a remark about the proposed National Health Insurance (NHI) during his State of the Nation Address ...
News
3 years ago

Well done, Cyril, but move fast. The state capture gang is out to get you