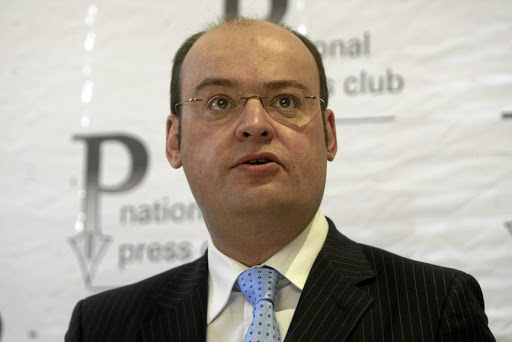 Parliament’s police oversight committee has given police minister Bheki Cele until the end of Monday to give reasons for his statement that police watchdog executive director Robert McBride’s employment contract will not be renewed.

Cele informed McBride, head of the Independent Police Investigative Directorate (Ipid),  that his contract will not be renewed. McBride’s term finishes at the end of February.

McBride is challenging Cele’s decision, arguing that it was the portfolio committee on police, the same structure responsible for confirming the appointment of the executive director of Ipid, that should determine whether or not his contract is renewed or extended.

Committee chairperson Francois Beukman revealed on Thursday morning that he had written to Cele asking him to provide reasons for his decision.

“As far as I am concerned, he had no right to make the decision… the minister had absolutely no right to say, ‘I have decided I will not renew your contract’. I haven’t seen something that arrogant in quite some time, possibly since he was last the national commissioner,” said DA MP Dianne Kohler Barnard.

She said the committee would have to consider Cele’s actions, while her DA colleague on the committee, Zak Mbhele, added that the key issue was getting Cele’s reasons and explanation “so that we can assess their cogency, rationality and substantiveness”.

The committee agreed to give Cele until 5pm on Monday to submit reasons for his decision. They will be shared with McBride, who will then be expected to respond by the end of Wednesday.

McBride took Cele and the parliamentary committee to court over the matter.

On Tuesday, the high court in North Gauteng gave a draft order based on an agreement between the parties, instructing the portfolio committee to submit an affidavit by February 22 on its progress in taking a decision regarding the renewal of McBride’s contract.

According to the draft order, Cele’s decision not to renew McBride’s appointment was a preliminary decision that had to be confirmed or rejected by the portfolio committee. “It is recorded that the second respondent [police portfolio committee] intends to take a decision regarding the renewal of the first applicant’s [McBride's] appointment on or by 28 February 2019.”

The meeting was told that Corruption Watch and the Helen Suzman Foundation had  indicated that they wanted to join the case as friends of the court.

Police minister Bheki Cele has until noon on Friday to withdraw his decision not to renew Robert McBride's contract as head of the Independent Police ...
News
3 years ago

A slew of abuse of power allegations made by a senior Ipid investigator against his boss Robert McBride form the basis of Police Minister Bheki ...
News
3 years ago