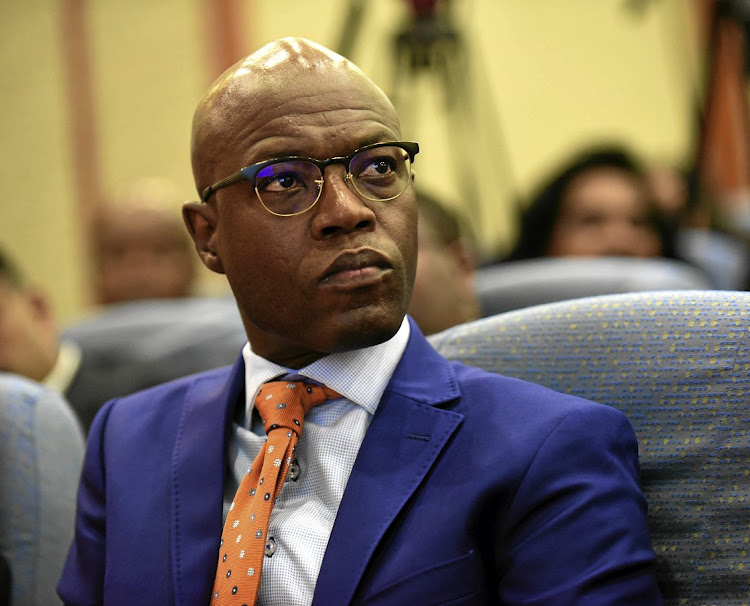 ANC MP Zukiswa Rantho has attacked former acting boss of Eskom Matshela Koko, calling him a loyal servant of the Guptas and a "possible criminal".

She was speaking during a national assembly debate on the energy crisis facing the country on Thursday.

Rantho chaired a parliamentary inquiry into governance failures at Eskom between October 2017 and December 2018. In her speech on Thursday, she reflected on the work of the inquiry, reminding MPs that about three months ago she had presented a report of findings and recommendations of the inquiry to the assembly and that this had been unanimously accepted by MPs.

"The whole country cheered our team for our extraordinary effort to hold accountable those who had driven Eskom to the brink of collapse," she said.

"Today, perhaps motivated by the desire to capture the attention of voters, the tone of our debate is very different. Gone is the spirit of cooperation and patriotism. I would argue that this has opened the way for the most discredited individuals to crawl [out] from where they have been hiding to express their uninformed and misleading opinions," added Rantho.

Eskom will be the focus of the state capture inquiry when it resumes on Thursday.
Politics
3 years ago

She reminded the debate that in its report, the inquiry had urged the shareholder [the government] and board of directors to take decisive action to clean up Eskom and improve its financial position.

"We also named a number of individuals who had been involved in the state capture project and asked the Zondo commission to investigate further the roles they played in the corruption and capture of our only power utility. The Zondo commission is still in progress and they are still investigating the issues of Eskom.

"Let me remind South Africans that there is a man called Matshela Koko, a loyal servant, maybe, of the Guptas. Let me remind South Africans that Matshela Koko was caught out twice lying on national television; first denying that he signed a document authorising the prepayment agreement of almost R600m to Gupta-owned Tegeta and, second, claiming that he was not aware that his stepdaughter’s company had scored a contract worth R1bn at Eskom.

"Today, the same Koko is very outspoken on Twitter, projecting himself as an expert on Eskom matters. What is worse is that Koko, who is possibly a criminal, has been given a platform even by our radio stations to rubbish the current leadership of Eskom which is doing so well to clean up Eskom. This would be a very good joke, if the circumstances were not so tragic" she added.

In a warning perhaps to public enterprises minister Pravin Gordhan, Rantho said: "If the minister fails to account frankly and honestly to parliament about the state of Eskom and its recovery plans, we will judge him harshly, as we have done with some of his predecessors."

Koko told TimesLIVE that Rantho seemed to have made conclusions in her mind that were not in the parliamentary report that was referred to the Zondo commission.

"Nowhere in the parliamentary report does it say I lied twice or I am a servant of the Guptas. What she does is an abuse of parliamentary democracy," he said. "The fact is, they are failing to resolve the electricity crisis and passing the buck to others."

The debate on the Eskom crisis was sponsored by DA MP Natasha Mazzone as a debate of national importance. Mazzone called for the debate in the middle of the blackouts which plunged the country into darkness last week.

Mazzone said the country was being held hostage by Eskom and the ANC, which she described as "two belligerent parties".

A deadlock between Cosatu and Government over the unbundling of Eskom has persisted following failed talks on Tuesday.
News
3 years ago

"We as South Africa have a metaphorical knife to our throat and we are being forced to pay a never ending ransom to Eskom, or else the throat will be slit and the result will be a full blackout and the death of South Africa as we know it"” she said.

Mazzone also sought to highlight that President Cyril Ramaphosa may not be the man with the solutions as far as the power utility was concerned.

She reminded the house that Ramaphosa had been appointed to oversee a plan to turn around Eskom in December 2014 and that he had failed. Mazzone pointed to several other occasions where Ramaphosa had been tasked with solving the problems at Eskom. "I think we can all agree, epic fail!"

The Inkatha Freedom Party's Narend Singh reminded MPs that back in 2001, Eskom had been named power company of the year at the Financial Times Global Energy Awards in New York and at the time, all of its 78 units were considered to be in good working condition.

"Today, just 18 years later, it is nothing short of a catastrophe," he said. "To say it is only dysfunctional would be a compliment. When Eskom is not crippling the economy with rolling blackouts, it is extorting money from the citizenry with absurd electricity supply price increases."

He, too, stated that Eskom was holding the country hostage.

Finance minister Tito Mboweni’s budget speech in Parliament on Wednesday came with major announcements and revelations. From saving Eskom to the ...
Business Times
3 years ago

The government has failed to act against those responsible for the electricity crisis and now thousands of workers will lose their jobs.
News
3 years ago