New 'Scorpions' may use crooks' money for funding 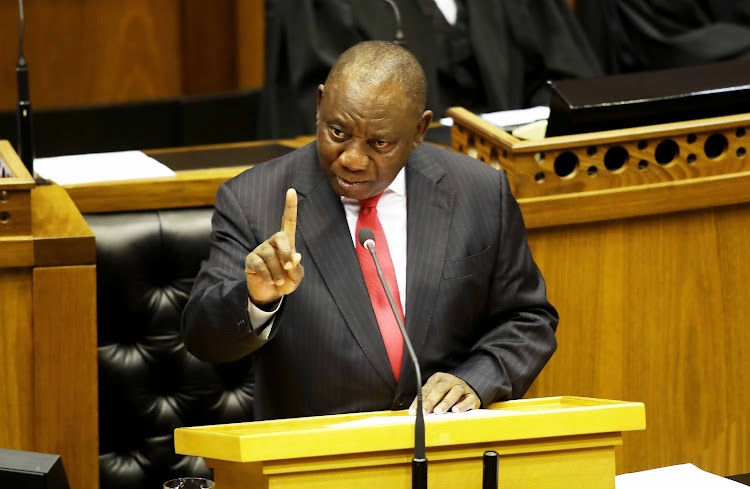 President Cyril Ramaphosa speaks during his response to the State of the Nation Address debate in the National Assembly in Cape Town on February 14 2019.
Image: ESA ALEXANDER/SUNDAY TIMES

As finance minister Tito Mboweni did not allocate more money to the National Prosecuting Authority (NPA) in the 2019 budget, government may use the proceeds of crime seized by the Asset Forfeiture Unit to fund the new state capture directorate.

President Cyril Ramaphosa has proposed that dirty money recouped through the Asset Forfeiture Unit can be used to fund the new NPA directorate which will investigate and prosecute state capture.

Ramaphosa said they will also urgently look for money to reprioritise so that the investigative directorate can start its work.

"As they (the NPA) calibrate the amount of money they need, we have to find where we going to get the money," Ramaphosa said in an interview last Friday.

The president announced the directorate in his state of the nation address last week but the government was unsure where the money would come from.

"We could look at using money that is seized by the Asset Forfeiture Unit to fund it," he said.

Ramaphosa said the directorate will be financed "outside of the budgeting cycle".

This was after justice minister Michael Masutha said his department did not have the money for it.

Reports note that Treasury officials said on the sidelines of the budget that it would still have to engage with the NPA on the skills needed for the unit, and whether those skills already existed in the prosecuting authority or elsewhere in the government.

Ramaphosa conceded that South Africans expect this directorate to be functional and do its job of speedily investigating and prosecuting those involved in the various crimes surrounding state capture.

The president then added they were "going to find the money for it".

The Zondo commission must summon those implicated in state capture allegations to compel them to provide their version of events, the inquiry’s ...
Politics
3 years ago

Treasury economist Catherine MacLeod has said Zuma's axing of Nhlanhla Nene as finance minister in 2015 had both long- and short-term effects on SA's ...
News
3 years ago