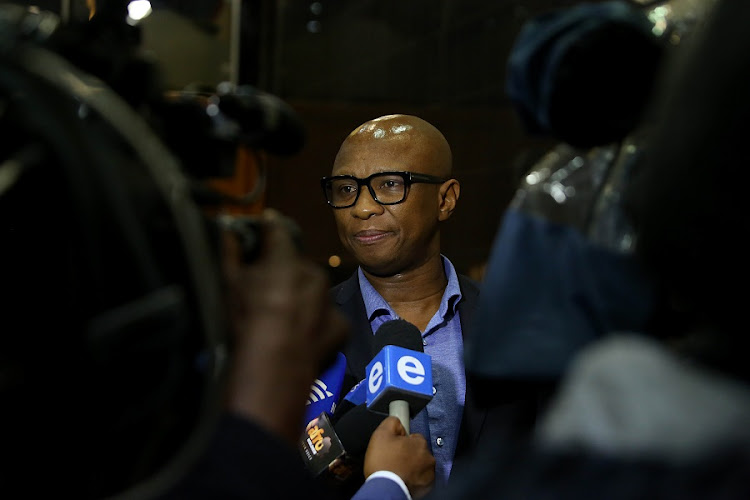 The NWC removed the pair from their posts amid the serious allegations they both face in the run-up to the key 2019 general election.

Business Day understands that Kodwa’s supporters are rallying around him on the basis that the rape allegation that surfaced at the weekend was part of a plan hatched to remove him in order to weaken President Cyril Ramaphosa in Luthuli House. It was also seen as retaliation over the sexual harassment allegation against Mabe, who his backers believe Kodwa had engineered, say sources.

Kodwa’s official position is the head of the presidency at Luthuli House. He has not been charged by the party.

Rape allegations against Zizi Kodwa: What we know so far

The ANC's Zizi Kodwa has denied the allegations of a rape incident that allegedly happened in 2018.
News
3 years ago

Mabe was cleared of a charge of sexual assault by an internal ANC grievance panel, but the complainant warned that she would take the matter to the police as Luthuli House did not take the allegation seriously.

Kodwa was accused by a woman of drugging and then raping her and a friend at a Sandton Hotel in 2018. She sought to have Kodwa pay her a “settlement”, according to a letter she wrote to him, which has been widely circulated.

Kodwa has denied the allegations, describing them as part of a dirty-tricks campaign.

The party does not have a sexual harassment policy.

The clashes between the presidency in the governing party headquarters and the secretariat run by secretary-general Ace Magashule and his deputy Jessie Duarte spilt over into the open last week when a statement was issued criticising Ramaphosa allies Senzo Mchunu and Pravin Gordhan over apparent comments made about black engineers.

Gordhan wrote a letter to Luthuli House demanding a retraction of the statement and an apology as he had not made any comments disparaging black engineers, his letter said.

The ANC then apologised in a statement, but reports by publications linked to the  Magashule faction indicated that he, as secretary-general, was surprised by the apology to Gordhan and had not authorised it. The report blamed Kodwa for the statement.

The rape allegation was leaked to the media shortly thereafter. Kodwa said in a statement that Magashule had informed him that his office received the complaint in February.

The ANC had urged the complainant to report the allegation to the police. It is unclear whether she has done so. Kodwa said in a statement that he would seek legal advice on bringing charges of defamation and extortion against the woman.