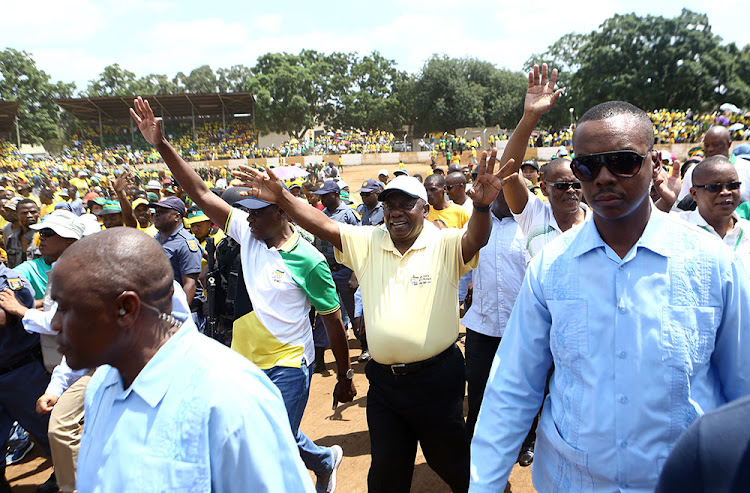 President Cyril Ramaphosa says the ANC in the North West has no other choice but to forge unity in its provincial leadership as the party gears itself for elections.

Despite initial jitters over Ramaphosa addressing ANC supporters in the province on Saturday amid political infighting, Ramaphosa said the turnout of hundreds of supporters at a rally on Saturday showed "the ANC is back".

"There is no other way but to forge unity, particular at this time when we are going to an election," Ramaphosa said following his address at the Rustenburg show grounds.

He said people who were planning to challenge a decision taken by the ANC’s national working committee to put together a combined leadership "do not understand the process".

The community of Vosloorus was delighted to meet the president on Tuesday.
Politics
2 years ago

"The combined leadership that combined the PEC (provincial executive committee) the PTT (provincial task team) is a matter that’s been dealt with thoroughly and extensively," Ramaphosa said.

He said ANC leaders had consulted widely on the matter.

ANC secretary-general Ace Magashule announced this week that the new tentative leadership that would guide the ANC in the province to elections would be led by NEC members Obed Bapela and Mmaloko Kubayi Ngubane.

The team consists of the former leadership who won a court case against a decision to disband them and the structure that replaced that group.

But that decision did not sit well with some party members who have threatened to go to court once again.

While logistical concerns and fears of booing first gripped leaders in charge of organising the rally, Ramaphosa’s first address in the province since being elected president went down well.

He said he was encouraged by this and was expecting the party to get an increased majority in the general elections.

President Cyril Ramaphosa told the community of Vosloorus on the East Rand that he will make sure that people who have stolen money go to jail.
Politics
2 years ago

SACP not backing ANC for seats on the gravy train, says Blade Nzimande

The SACP is in bed with the ANC ahead of the upcoming elections but not because the party expects deployment in government for its leaders.
Politics
2 years ago