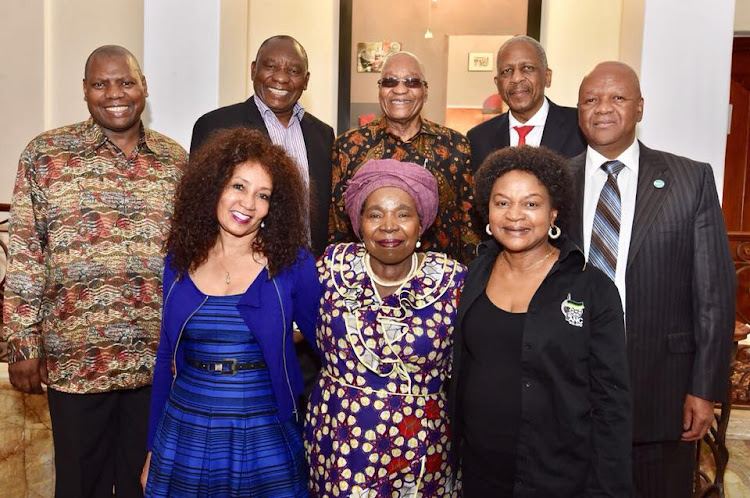 The ruling party has received criticism on social media for including politicians that are implicated in state capture allegations and have other controversies surrounding them on its list of potential members for parliament.

On Wednesday, ANC secretary-general Ace Magashule submitted the final list of names of representatives to the Independent Electoral Commission in Centurion, Gauteng.

On the list are  the ANC's Nomvula Mokonyane, Bathabile Dlamini, Malusi Gigaba and Mosebenzi  Zwane, who have been implicated in state capture.

"Anybody who has not been found guilty by a court of law is on the list," said Magashule.

Those who have topped the list include President Cyril Ramaphosa, David Mabuza, Nkosazana Dlamini-Zuma and Baleka Mbete.

The ruling party has also been criticised for not including young people on its list.

Looks like a list of cronies only interested in maintaining the status quo... We need drastic change in criminal justice, healthcare amd education... This #ANCList is just rubbish... I can't vote for people who could never understand what I go through daily...

I feel for Pres Cyril though, the hyenas surrounding him in his own party and he can’t shake them off,and needs some of them to win these elections. #ANCList

#ANCList it is the comedy of errors at ‘Loot-huli house’ 🤣😂🤣😂

If you want to change the list then we need more youth involved in ANC ward committees. Doesn’t take a lot. People don’t put themselves on lists https://t.co/waOuuFkYyz

@MYANC is going to be punished nationally for #ANCList 🤣🤣 they never learn those arrogant people. I’m also going to punish them at the polls for making us idiots.

Is the @nelsonmandelafoundation happy with the direction that the ANC is going right now? One wonders if they're still the voice of the late Nelson Mandela or what .or now they're something one wouldn't even know what they are about #ANCList

#ANCList #EFFList
You can tell people are not prepared to vote EFF or any other party. Why complain about ANC, when you can simple take your vote and give it to the people who represents you properly. pic.twitter.com/BNn8ZOg78d

Typical. However noting those from my generation with pride as led by Fikile Vutha Mbalula. The rest is best described as old habits refusing dying hard. We expert more collapses due to ill health.#ANCList

ANC leaders implicated in corruption and state capture have made the party’s list of potential members of parliament after the May 8 elections.
Politics
2 years ago