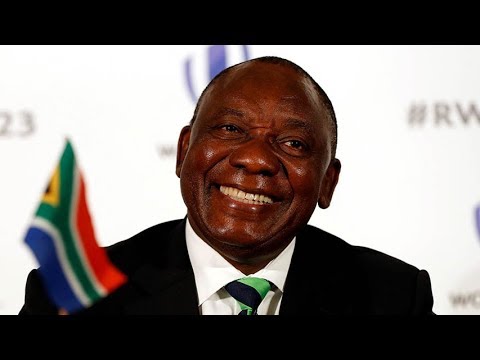 President Cyril Ramaphosa admitted to residents of Soweto that the ANC government had made mistakes in delivering services "because some of our comrades stumbled along the way".

Addressing hundreds of supporters in Thokoza Park on Thursday afternoon, Ramaphosa boasted about the ANC’s achievements - but conceded that the party's track record had bumps along its way.

"Yes we made mistakes, but we had many more successes," he said.

#Ramaphosa’s key message on the election campaign is people should give the ANC (him) a new mandate so that they can deliver on promises.

Ramaphosa promised that his government would take service delivery seriously after earlier telling locals that the DA-led government in the City of Johannesburg was failing the people of Soweto.

Ramaphosa spent his afternoon campaigning in the area, where he heard from locals in Orlando West that they were grappling with high levels of unemployment.

When addressing supporters later, Ramaphosa spoke about his efforts to attract R1.4-trillion in investment in the next four years.

"We want the money raised to come to Soweto because we want to promote township economies," Ramaphosa said, adding that his plan was to host another investment conference to get more pledges from international investors.

He further acknowledged that corruption was a problem affecting the ANC, saying "we are going to root out corruption".

The president stuck to a strict script on the campaign trail, repeating his message that South Africa was the only country on the continent to given grants to 17 million of its people.

He promised supporters that school kids would soon get tablets- garnering cheers from the audience.

Ramaphosa also promised to fix public healthcare in the province. He earlier said in an interview that his office was also involved in ensuring the National Health Insurance scheme was up and ready.

The president said his government would focus on building houses for the impoverished.

He is expected to conclude his day of campaigning in the south of Johannesburg by speaking to professionals and academics on Thursday evening.

President Cyril Ramaphosa has authorised the Special Investigating Unit (SIU) to investigate alleged wrongdoing concerning the procurement by the ...
Politics
3 years ago

ANC leaders implicated in corruption and state capture have made the party’s list of potential members of parliament after the May 8 elections.
Politics
3 years ago

The ruling party has received criticism on social media for including politicians that are implicated in state capture allegations on its list of ...
Politics
3 years ago