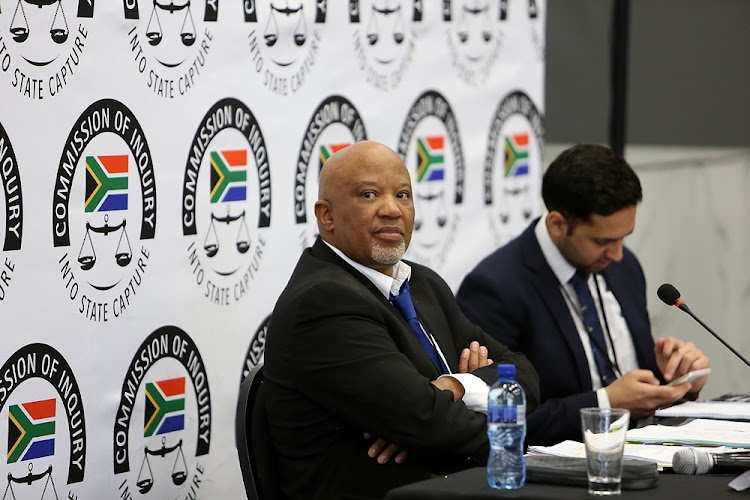 Former deputy finance minister Mcebisi Jonas told the state capture inquiry on Friday that he and other members of the National Treasury were "worried for their lives" due to the political hostility towards them.

Jonas, who is appearing before the commission for the second time, described how the political landscape in the country "over the past 10 years" affected the Treasury.

He said this opened up Treasury to political hostility.

"Before we attended any meeting of government, we used to think very hard about what was likely to come out. Most of it centred on the nuclear deal, but it also centred on issues of expenditure management. The tension was almost reaching personal proportions ... There was a time where we felt like we were ostracised. It was at a personal level, very serious, to a point where some of us were even worried for our lives," he said.

Former deputy finance minister Mcebisi Jonas returns to the judicial commission of inquiry into state capture to give his testimony.
Politics
2 years ago

"Intelligence was being used to pursue some people. ...  By the time we got fired there was some intelligence report used to fire us. The pressure at a personal level, at a professional level, was very palpable."

Jonas said when former finance minister Pravin Gordhan was charged with fraud in 2016, "it reminded me of the apartheid era" because it was so vicious. The charges were subsequently dropped.

Jonas, along with Gordhan, was fired by former president Jacob Zuma in 2017. Zuma relied on a so-called intelligence report to fire them. It claimed Gordhan and his team were conspiring with foreign interests to undermine his administration.

Former mineral resources director-general Thibedi Ramontja has described how important decisions at the department were centralised between then ...
Politics
2 years ago

A controversial exchange of letters between former Eskom boss Matshela Koko and the department of mineral resources has revealed that there were ...
Politics
2 years ago
Next Article