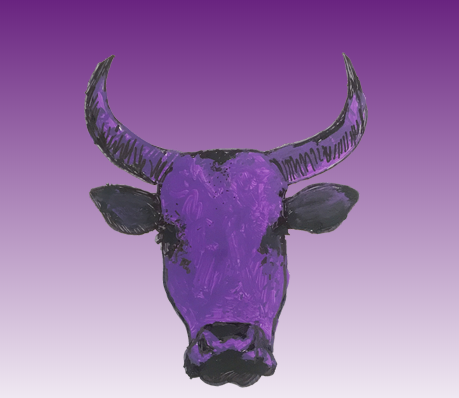 ZACP was founded by ten people who describe themselves as "positive disruptors" and who believe their innovative thinking could find solutions to many of South Africa's problems.
Image: https://capitalist.org.za/

A new political party, called the ZACP Capitalist Party of South Africa and whose logo is a purple cow, was launched at the Rand Club in Johannesburg on Sunday.

The party was founded by ten people who describe themselves as "positive disruptors" and who believe their innovative thinking could find solutions to many of South Africa's problems. The ten founders are: Kanthan Pillay, Roman Cabanac, Neo Kuaho, Gideon Joubert, Unathi Kwaza, Duncan McLeod, Sindile Vabaza, Louis Nel, Katlego Mabusela and Dumo Denga.

"It is time to put an end to the tyranny of incompetence," Pillay said at its launch in Johannesburg.

"We need to fix this and the only way to fix this is for those of us who actually know how to make things work stand up and say, 'get out of the way, we’ve got this'," Pillay said.

Pillay said South Africa was a capitalist country, adding that "capitalism has unleashed the biggest wave of prosperity in the history of the human race".

"Here in our beautiful South Africa, politicians have turned capitalism into a swear word.

"They make us feel guilty for working hard to improve our lives. And this guilt allows us to let them steal money from hardworking families and use the money for corruption."

Pillay said the party's founders believed it was the only political party which refused to be a prisoner of the past, saying he believed this group of people knew how to shape the future.

"A vote for a small party is not splitting the vote. The way in which our proportional representation system is structured actually favours smaller parties. So your vote has more impact," he said.

According to its website, it chose the cow as a logo because, "cattle are Africa's most potent symbol of personal wealth. Our logo also represents a bull market."

We are South Africans who want to live in a country that works.

We believe that politics is too important to be left to politicians.

We believe that the best way to grow our country is by ensuring every citizen has freedom to build new wealth.

We have practical ways to fix what’s broken.

3. Tolerance and absolute protection of freedom of expression

7. The right to be secure on your own property and to defend yourself against intruders

8. Free markets and international free trade based on enlightened self-interest

Our Durban and Cape Town candidates couldn’t be with us today, but here’s the rest of the team. Onward to May 8! #VotePurpleCow pic.twitter.com/djiRr88jCq

The Democratic Alliance on Saturday released its lists of candidates for the upcomng elections whom it said it could safely say were the “best and ...
Politics
3 years ago

Despite facing sanctions over her tirade against senior government officials, Gauteng MEC for arts and culture Faith Mazibuko has been nominated to ...
Politics
3 years ago

South Africans living abroad who want a say in the future of the country are mostly living in Europe, but the expats who are keen to vote in the May ...
Politics
3 years ago