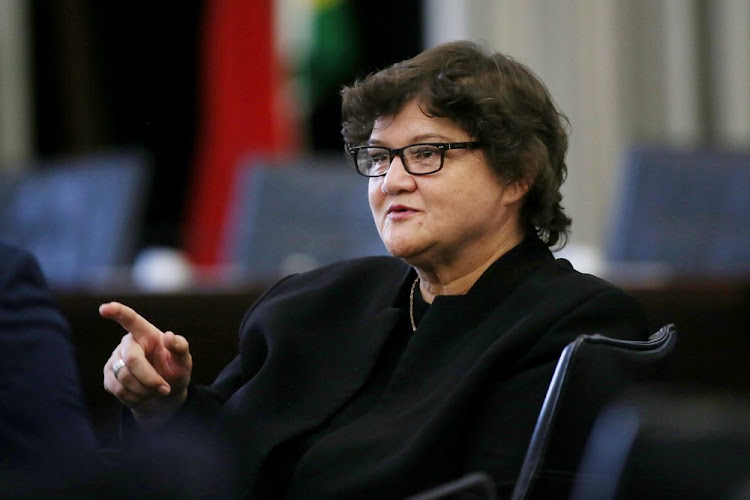 Public enterprises deputy director-general Kgathatso Tlhakudi described how former minister Lynne Brown deviated from the norm to appoint a controversial new board at Denel in 2015.

Speaking at the state capture inquiry on Monday, Tlhakudi said he was expected to rubber-stamp a list of prospective board members that arrived from Brown's ministry - a list that included the names of state capture-implicated Thamsanqa Msomi and Daniel Mantsha.

Tlhakudi said although he had his reservations with Mantsha chairing the board, he signed off on the list out of fear for his job.

Former deputy finance minister Mcebisi Jonas told the state capture inquiry on Friday that he and other members of National Treasury were "worried ...
Politics
2 years ago

"The process [of appointing a new board] started a lot earlier than usual, in 2014. We started considering new board members prior to the end of the financial year.

"In October that year, we had sent out an advert to refresh the list, as we would normally do. This was closely followed by a directive to say: review the boards. We were still quite a way from the end of the financial year when this process commenced," said Tlhakudi.

"I didn’t hear of the process until a list came up. It came with a decision memorandum and a cabinet memorandum. The list had these names which I didn’t obviously know. The two names that were constant were Thamsanqa Msomi and Daniel Mantsha … I was quite reluctant to get involved."

He said he did not know who compiled the list.

"One of the things that Brown emphasised very strongly when she arrived at the department is that she is the shareholder representative and that as officials, literally, we should know our place and we cannot act without her directive," said Tlhakudi.

"I had to consider the fact that as things were unfolding, it's my career that’s on the line. I would have wished at that point to have been a lot stronger in my position, but I wasn’t."

Although Tlhakudi raised his concerns about Mantsha’s appointment, Brown appointed the board, which was made up entirely of new members, except for one person from the previous team. This was despite the fact that, in Tlhakudi's opinion, the previous board members had been "highly successful" and some could have continued for another three-year term.

Tlhakudi's testimony at the commission is continuing.

Mcebisi Jonas has admitted that there were inaccuracies in one of the statements he submitted to then public protector Thuli Madonsela for her ...
Politics
2 years ago

Former finance minister Nhlanhla Nene has come out guns blazing against his detractors in the EFF, inviting the party to approach the state capture ...
Politics
2 years ago

Former public enterprises minister Lynne Brown has not denied that she had a relationship with the infamous Gupta family‚ but would dispute any ...
News
2 years ago

Former public enterprises minister Lynne Brown’s application to cross-examine a witness at the Zondo commission of inquiry has been dismissed.
News
2 years ago