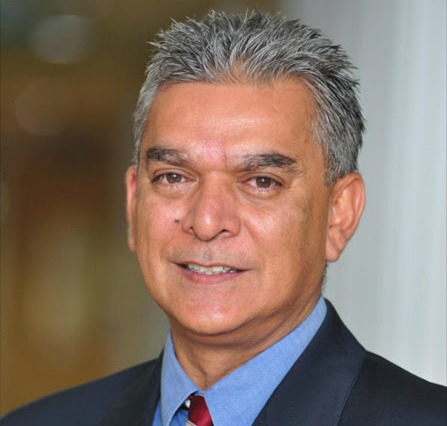 In a startling testimony before the state capture inquiry on Wednesday, former Denel group CEO Riaz Saloojee has placed former minister Malusi Gigaba, Duduzane Zuma and someone who was introduced to him as "Ace Magashule's son" at the Gupta family's Saxonwold home in 2012.

Saloojee admitted that he attended three meetings with members of the controversial family at the behest of their business ally Salim Essa within the first six months of his appointment at the state-owned armaments company.

After spending most of Wednesday morning describing the successes of his turnaround strategy during his three-year tenure at Denel between 2012 and 2015, Saloojee testified that Essa contacted him in 2012 and asked him to attend a meeting that would be in both Denel's and his "interests".

Saloojee said at the time he was aware of who the Gupta brothers were and had met Essa at a number of events relating to the defence industry.

"With all the publicity surrounding the relationship with the Guptas and Essa, when he said 'the very top', he meant the head of the executive," Saloojee told the commission, referring to then president Jacob Zuma.

Former Denel board chair Martie Janse van Rensburg says the joint venture between the state armaments company and VR Laser, a company owned by an ...
Politics
2 years ago

"We had many meetings of this kind with other institutions and entities … I agreed to go to the meeting with them."

Saloojee was apparently fetched by Essa from a coffee shop in Oaklands, Johannesburg, and driven to the Gupta's residential compound in Saxonwold.

"I was not aware that was the residence [of the Guptas] at that time. He said, 'Don’t worry, this is supported from the very top,'" said Saloojee.

Saloojee said he was initially taken into a room where he was introduced to Rajesh Gupta and the two exchanged pleasantries. It was the first time, according to his evidence, that he had met a member of the Gupta family.

Saloojee claims he was then taken into another room, where Atul Gupta and then public enterprises minister Malusi Gigaba - who would have effectively been Saloojee's political boss - were present.

"All Gigaba said was, 'Hello, how are you, Riaz?' There was no discussion of Denel or anything of the sort. He [Gigaba] said, 'These are my friends,' and said, 'If at some point you can assist them with anything, that would be good,'" Saloojee recalled.

The meeting lasted about 10 minutes before Saloojee was driven back to the coffee shop.

A few weeks later, Saloojee said he was “summoned” to another meeting by Essa.

"I felt that there was some pressure being put on me to engage again. I was very reluctant to attend," he told the commission.

Saloojee said Gigaba’s appearance at the first meeting played a part in him feeling pressure to attend when they called upon him again.

"I must say that given what had happened prior to this request, I was not comfortable asking Essa to come to the Denel offices. He was an individual who had set up a meeting for me where I was not aware I was going to meet my political principal," he said.

At this meeting, Saloojee claimed that Rajesh, Essa, Jacob Zuma's son Duduzane and another man who was introduced to him as "Ace Magashule's son" were all present at the Saxonwold residence.

Answering questions about Magashule's son involvement in the meeting, Saloojee said: "They said, 'He works with us,' - something to that effect”.

Leaked emails from the Gupta's business empire previously showed that the then Free State premier's son, Tshepiso Magashule, began working for the Guptas as a consultant in 2010.

At the meeting, Saloojee claimed that Essa "kept on saying they had the support of Number One and the old man”. Rajesh then took the lead, saying they wanted to do business with Denel and help the company to acquire new business in other markets like the Middle East and Asia.

Saloojee's evidence shows that the Guptas may have been plotting their controversial 2016 partnership with Denel into the Indian market as early as 2012.

In January 2016, the formation of Denel Asia was announced. It was described as a Hong Kong-based joint venture between Denel, which would control a 51% holding of the company, and VR Laser, which belonged to Essa. Had it materialised, the deal would have seen Denel's intellectual property being sold off to India with very little benefit to the company.

Saloojee said after his second encounter with the Guptas, he ignored Essa's phone calls for about three months. When he eventually picked up the phone, he was called to another meeting at Saxonwold.

"When I get there, it was only Rajesh and Essa. When I got into the meeting, the atmosphere was quite tense. This time Rajesh took the lead and he says to me, 'You are not cooperating and this lack of cooperation is a serious issue.'

"He also indicated that he did not want to elevate this further … I’m not the kind of person who is easily intimidated. Again I said, 'I have no problem with you if you want to do business with Denel, but you must do it in the proper way,'" said Saloojee.

"The issue of India comes up - Rajesh brings it up and says I must also be aware of the fact that they are working extremely hard to lift Denel’s blacklisting in India … Then he says that Denel was one of the few [state-owned companies] that had not been supporting The New Age newspaper [owned by the Guptas] with subscriptions and/or advertising.

"My answer was that when I got to Denel, we are in a turnaround strategy. Our financial resources are constrained. It must be focused and geared toward the operations and we cannot spend money on things which do not add value to the business."

Saloojee served as Denel's group chief executive until 2015, when he and other senior officials were controversially suspended and subsequently axed.

It was widely believed that Saloojee's axing was a result of him not doing the Gupta's bidding.

Former deputy finance minister Mcebisi Jonas told the state capture inquiry on Friday that he and other members of National Treasury were "worried ...
Politics
2 years ago

Former finance minister Nhlanhla Nene has come out guns blazing against his detractors in the EFF, inviting the party to approach the state capture ...
Politics
2 years ago

A controversial exchange of letters between former Eskom boss Matshela Koko and the department of mineral resources has revealed that there were ...
Politics
2 years ago