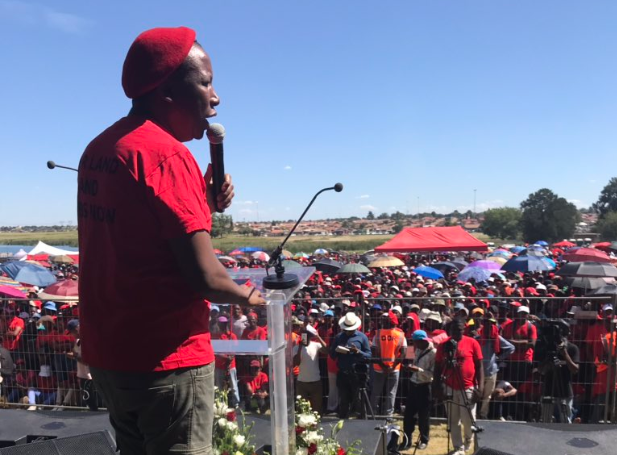 Malema said this during the commemoration of Sharpeville Day in remembrance of the massacre that took place in the area in 1960.

The firebrand leader accused the ANC of being in bed "with boers" saying "only Sobukwe had confronted boers directly".

According to Malema, had Sobukwe lived to become the country's president, the #FeesMustFall movement would have been unnecessary as free education would have been automatic.

Said Malema: "We needed Sobukwe in 1994. He should have been our president because the boers feared him.

"If the PAC was strong, the EFF would have never come to existence because we would have left the ANC to join the PAC," he went on.

"Only the PAC of Sobukwe shot at the boers, not these ones who are their friends today who sold out PAC struggle fighters to boers by keeping them in jail.

"Students would not be fighting for free education if Sobukwe was president because it would have been automatic."

PAC president Narius Moloto on Thursday called for a "new deal on land" so that the blood shed by the victims of the Sharpeville massacre would not ...
Politics
2 years ago