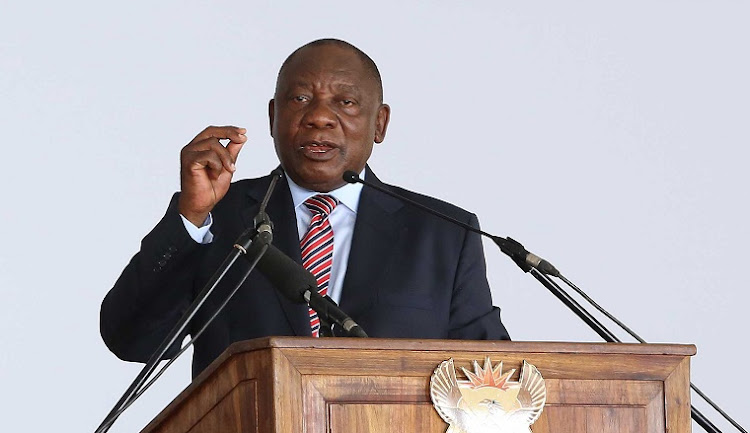 President Cyril Ramaphosa on Thursday put on an optimistic face in the midst of the indefinite rolling blackouts across the country, saying the energy crisis in the country will be overcome.

This is as he conceded that the daily load-shedding gripping South Africa was having a huge impact on the economy.

"We are currently facing a severe energy crisis that is having a profound impact on the lives of our people and also our economy," he told hundreds of people gathered for the commemoration of Human Rights Day in Sharpeville.

Ramaphosa said he was working very hard to bring the energy crisis to an end.

"We are already putting in place a number of measures, making sure that the energy loss that we had from the cyclone in Mozambique will be restored," he said.

Power utility Eskom this week blamed Tropical Cyclone Idai in Mozambique for stage four load-shedding that left citizens without electricity for up to four hours at a time.

"We are making sure that we address some of the maintenance challenges we have in our power stations," Ramaphosa said.

While Ramaphosa reportedly expressed shock earlier in the week at the prospect of power cuts for the next six months, he was a lot more hopeful on Thursday about the prospects of overcoming the crisis.

"Restoring a reliable supply of energy and to ensure we have a sustainable model for affordable energy for the future is now one of our most urgent priorities," he said.

Ramaphosa further said: "We will over come this electricity crisis that is engulfing our country at this moment."

He said South Africa would overcome load-shedding just as it had overcome apartheid.

"The energy crisis we are going through now will pass and I call on all South Africans: let us join hands, work together and make sure we bring the energy crisis to an end," Ramaphosa said.

WATCH | Trevor Noah on his surreal meeting with Cyril Ramaphosa: I genuinely had to breathe afterwards

Trevor didn't tell his pals that they were going to meet the president and they weren't dressed for the event.
TshisaLIVE
3 years ago

Eskom is at the centre of daily conversation due to the effects of power outages on the economy and lives of South Africans. Here are five quotes ...
News
3 years ago