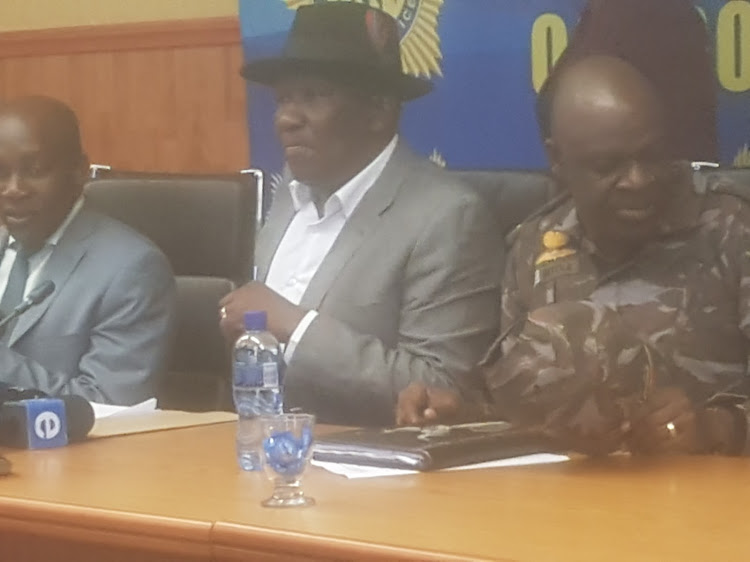 Ndobe, who is number three on the ANC list for the provincial legislature, was arrested by members of the special ministerial task team set up by President Cyril Ramaphosa to investigate a spate of political killings in KZN.

But he is now a free man after charges against him were provisionally withdrawn due a lack of evidence - something which has cast aspersions on the integrity of the special task team and its work.

The withdrawal of the charges was raised as a concern by National Director of Public Prosecutions Shamila Batohi on Wednesday.

The withdrawal of murder charges against a KwaZulu-Natal mayor is receiving "urgent attention" from National Prosecutions Authority (NPA) boss ...
News
2 years ago

Addressing the media in Durban on Thursday on the latest developments on the various investigations into political killings in KZN, Cele said: "Certain charges have been withdrawn and not all cases. There are six that we have. So I don't know why there is so much interest in one of them. I refuse to take some people out of the category of the things that we are doing."

However, the police minister said Ndobe, like any South African, was at liberty to take action against the police if he felt that he had been wronged.

"Any South African, not only comrade Ndobe, if you feel you have been wronged there are structures and steps to be taken and nobody can take that right from you. Surely people can do different things when they feel they have been wronged," said Cele.

Ndobe told SAfm on Thursday morning that he was still not well "physically and psychologically" following his arrest in connection with Magaqa's murder.

"I'm very emotional. I'm very angry. But just one example of what this will do in the long run to me as a person: go to Google and write my name. What will come up will be  'accused and arrested for murder'. That will stay there for the rest of my life ...

"Now you see the damage this had caused me and my family," he said.

Ndobe revealed that he would be making a serious announcement in due course.

"We are working on a number of issues with my legal team. I’m not in a position right now to make an announcement in terms of the way forward," he said.

He said the decision by the KZN ANC leadership for its members who were facing serious charges, including murder, to step aside pending the outcome of the court cases did not affect him.

"Now there are no charges against me, so that question is no longer relevant," he said.

Cele also refused to confirm whether eThekwini chair and Durban mayor Zandile Gumede was being investigated by the task team in connection with the murder of ANC ward councillor S'bu Maphumulo in October last year.

Maphumulo‚ who was gunned down near his home in Umlazi‚ was threatened by a mob just hours before he was killed. Cele told mourners at his funeral that his murder was well orchestrated. He said a street camera facing the councillor's home was diverted to face a different direction just minutes before his assassination.

The ANC in KZN has decided that its members who have been charged with serious crimes, including Harry Gwala district municipality mayor Mluleki ...
Politics
2 years ago

Here is a look at the timeline of events in the Sindiso Magaqa murder.
News
2 years ago

The head of the National Prosecuting Authority in KwaZulu-Natal said she was satisfied with the decision to withdraw murder and attempted murder ...
Politics
2 years ago