Bosasa bosses should have been prosecuted a decade ago: investigator 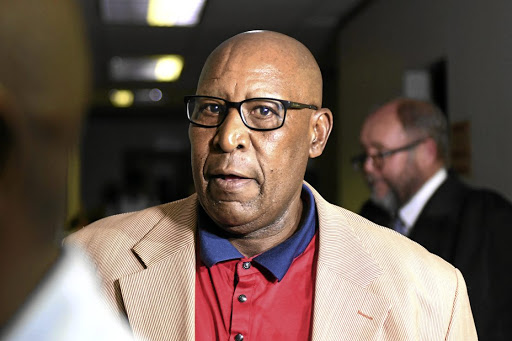 Former prisons boss Linda Mti was implicated in a 2009 SIU report into alleged corruption between Bosasa and the department of correctional services..
Image: Deaan Vivier/Gallo Images

The man who led the Special Investigating Unit (SIU) probe into Bosasa 10 years ago says there was ample evidence in his team's report to prosecute the company's bosses back then.

Clinton Oellermann, who was the SIU's lead investigator into Bosasa, told the state capture inquiry on Monday that criminal charges could have been brought against Bosasa's executives after the team released its findings in 2009.

He said although there was space for further investigations, he could not understand why it had taken 10 years for the police to make an arrest.

In 2009, the SIU completed a report that showed corruption in four tenders awarded to Bosasa by the department of correctional services worth more than R1.5bn. It found that the facilities company allegedly bribed former prisons boss Linda Mti and the department's chief financial officer Patrick Gillingham to gain the contracts. However, no action was taken by the National Prosecuting Authority (NPA).

Gone with the wind farm: why Bosasa ‘kept Mokonyane close’

The winds might still blow in the favour of controversial Bosasa boss Gavin Watson and his family, provided testimony from former company chief ...
Politics
3 years ago

Oellermann said the investigation followed the boundaries set out by a presidential proclamation, which specified that the SIU should investigate the department's tenders for kitchens, access control, fencing and televisions.

He said there were further indications of wrongdoing by Bosasa at other government entities, but these fell outside the proclamation. He described them as "significant" allegations of similar tender irregularities at the department of home affairs and the Airports Company of South Africa (Acsa).

"Because we found evidence of the commission of an offence, the SIU was obliged to report such to the NPA ... The SIU will investigate a matter in terms of the proclamation. Where we find evidence in terms of a crime being committed, we must hand over to the relevant prosecuting authority. They would then have to action it through the police and a criminal case would need to be registered," he said.

But Bosasa sought to interdict the SIU investigation in its entirety. Pending the outcome of the application, the SIU agreed not to interview Bosasa executives and their auditors until the proceedings were finalised. This agreement was reached so that the investigation would not grind to a complete halt. The SIU's report was published before the matter was finalised.

"We had gathered evidence that we felt was strong enough for criminal charges to be brought," said Oellermann. "As an investigator, you always want to investigate a matter fully. To be curtailed in any way is frustrating, to say the least."

After their testimonies to the commission in January, former Bosasa managers Angelo Agrizzi, Andries van Tonder and Frans Vorster were arrested, along with Mti and Gillingham. The charge sheet is similar to the evidence contained in Oellermann's report.

“I want to categorically state that it was not a gift or a favour. We have work done and these projects existed.”
News
3 years ago

Senior ANC MP Cedric Frolick was allegedly used by Bosasa, at a R40,000 monthly premium, to facilitate meetings between the company and various ...
Politics
3 years ago