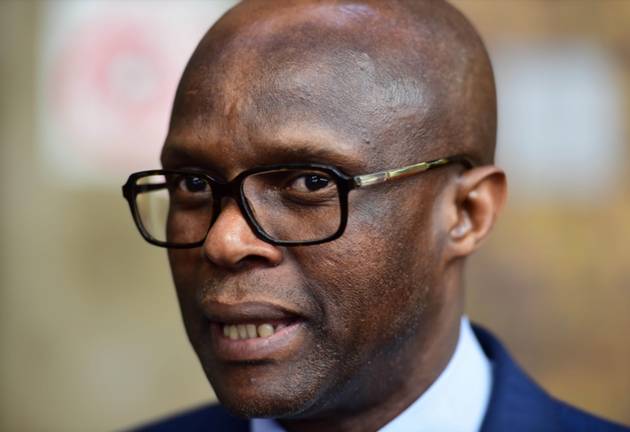 Thabang Makwetla, the deputy minister responsible for correctional services, must pay a month's salary for failing to declare Bosasa-sponsored security upgrades to his home - despite him saying that he didn't declare it because he had "doggedly resisted" the gift.

In fact, according to him, the company's CEO refused to accept the money of a "comrade".

This is contained in a report - published on Monday - by parliament's joint committee on ethics and members interests. The committee has found Makwetla guilty of breaching the code of ethical conduct and disclosure of members' interests, which requires MPs to declare financial benefits and gifts exceeding R1,500 from non-family members.

It has recommended he pay a fine equivalent to 30 days' pay.

Cope said it will ask President Cyril Ramaphosa to remove minister of justice and correctional services Michael Masutha and his deputy Thabang ...
Politics
2 years ago

The deputy minister is, however, challenging the committee's findings - questioning "the haste" with which the committee came to its conclusions and the timing of the findings against him.

DA chief whip John Steenhuisen lodged a complaint about the alleged breach by Makwetla in September last year. At the time of the installation of the security equipment, African Global Operations, previously known as Bosasa, was contracted to the department of correctional services.

Steenhuisen referenced a News24 article which reported that the company installed high-end CCTV cameras, an alarm system and an electric fence and a computer server worth R350,000.

According to the ethics committee's report, published on Monday, Makwetla told the committee he did not disclose the service rendered by Bosasa because he refused to accept it as a gift or benefit.

He told the committee that "for purposes of managing public perceptions and to protect public trust in government authority, the service rendered cannot and should not be allowed to be free of charge".

Makwetla told the ethics committee that he had known the Watson brothers, including Bosasa CEO Gavin Watson from the "struggle days". He indicated that Gavin Watson assisted with the installation of the security infrastructure at his home after a burglary in January 2016. At that time of year, Makwetla could not obtain a service provider to provide the service as companies were closed, heard the committee.

He told the committee that Watson had dispatched a team immediately to install security infrastructure at his home. But when he requested a quotation, Watson refused to provide one.

"The member [Makwetla] indicates that when he spoke to Mr Watson about it, Mr Watson said that the member cannot expect him to charge a comrade," the report reads.

Deputy minister of justice and correctional services Thabang Makwetla has submitted a request to appear before the commission of inquiry into state ...
Politics
2 years ago

Makwetla disagreed with this view and indicated that he had pleaded with Watson to send him the bill - and even indicated that he had intended to escalate the matter to the ANC and national president at the time, Jacob Zuma. However, due to the difficult environment that had played out in the party, it had become virtually impossible for him to do so, reads the report.

The committee found that Makwetla breached the code for his failure to disclose the benefit, and that he also breached the public trust placed in him as an MP when he allowed a company that was contracted to his department to conduct work - which was not paid for - at his private residence.

It recommended a fine equal to 30 days' salary and that Makwetla apologise in the house for not acting in accordance with the public trust placed in him.

In a media statement, Makwetla lashed out at the ethics committee, saying he held a dim view of the due diligence exercised by the committee on the matter, and the soundness of its conclusions.

He charged that the conclusions of the ethics committee seemed to have ignored or disregarded all the information and supporting documents placed before it pertaining to the matter.

Makwetla accused the committee of dereliction and a disservice to parliament and also questioned the timing of the release of the "hasty findings" saying they were intended to remain in limbo, as the fifth parliament had now closed shop.

Factual evidence to the effect that he had doggedly resisted to accept a benefit that would create a direct conflict of interest, was in front of the committee, he said.

"I find it shocking that hardly a week after I was asked to submit [within 48 working hours] supporting documents to corroborate my account of events, the committee appears to have discarded my submission and proceeded to arbitrarily pronounce me guilty," he said.

Justice and Correctional services minister Michael Masutha has detailed how he spent a weekend in 2016 at a property belonging to controversial ...
News
2 years ago

President Cyril Ramaphosa came under pressure in parliament on Tuesday to act against some of the ministers fingered for alleged corruption at the ...
Politics
2 years ago