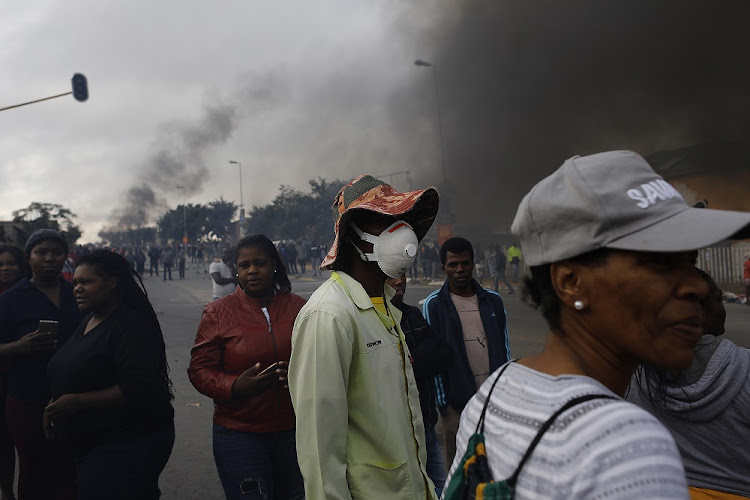 Residents of Alexandra brought the northern Johannesburg township to a standstill on Wednesday when they embarked on a service-delivery protest dubbed #AlexTotalShutdown.
Image: Alon Skuy/TimesLIVE

ANC President Cyril Ramaphosa, on the campaign trail in Diepsloot ahead of the general elections next month, has urged Johannesburg mayor Herman Mashaba to hear the cries of the people of Alexandra.

This comes after the northern Johannesburg township's residents protested on Wednesday about service delivery.

President Ramaphosa said Johannesburg was more than capable of tackling the issue and urged Mashaba to "heed" the community's complaints.

"The people there (in Alex) have been complaining about issues of service delivery and are pleading with the mayor (Mashaba) to go and address them.

Organisers of #AlexTotalShutdown temporarily called off the strike in Alexendra, north of Johannesburg, on Thursday morning.
News
3 years ago

ANC deputy president David Mabuza and national chairperson Gwede Mantashe are among 30 ANC members whose candidacy for parliament and provincial ...
Politics
3 years ago