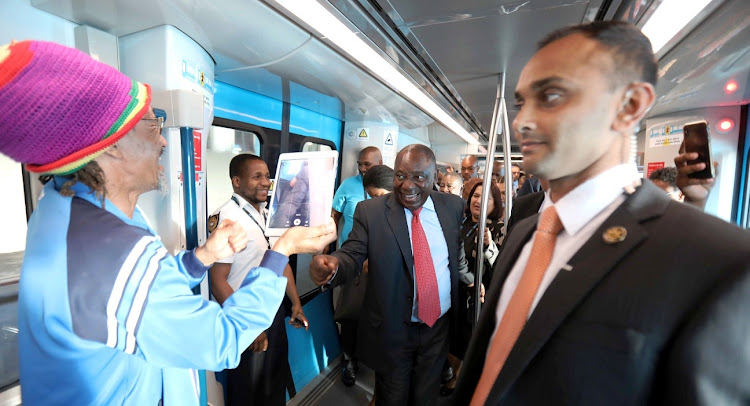 A Cape Town commuter photographs President Cyril Ramaphosa on the journey to Mowbray aboard the first of Prasa's new trains on April 9 2019
Image: Esa Alexander

Cape Town and eThekwini metros are expected to receive the first two batches of 35 modern locally built trains, but as President Cyril Ramaphosa found out on Tuesday, the ride will be bumpy.

The average Cape Town train commuter has never seen a modern train, such as the Gautrain, in real life. Those who saw one whizzing by at 120km/h on Tuesday would have been just as surprised to see the president walking through the aisles – as they would have been to see the train had windows.