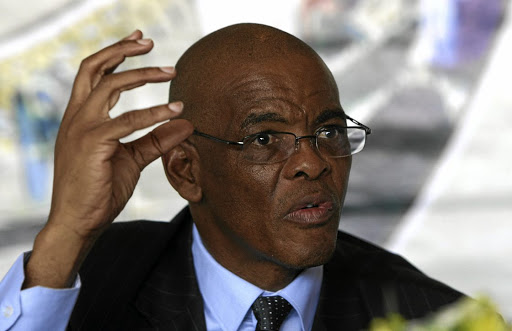 The ANC Youth League (ANCYL) in the Free State says it is forging ahead with its plan to hold a book burning event in protest against the book Gangster State: Unravelling Ace Magashule's Web of Capture. This is despite the league condemning the disruption of the book launch on Wednesday night by a group of protesters, some dressed in ANC regalia.

"We can't say much [about that], because we saw a group of young people disrupting there. We are not sure whether those people are members of the ANCYL and if they are from our province or not," said Reagan Booysen, the league's provincial secretary, in an interview with Radio 702 on Wednesday.

A group of protesters flocked to Exclusive Books bookshop in Sandton City where they carried placards and protested in song. "Hands off SG Ace Magashule, Stratcom State," some placards read.

"We are saying we are lobbying our people, we have invited society, those who want to come and be part of us when we are burning the books ... those who don't want to, it's their right," said Booysen.

He echoed the sentiments despite the ANC issuing a statement condemning the disruptions and the book burning plans.

Gangster State author not put off by book launch disruptions

Investigative journalist and author Pieter-Louis Myburgh says he will not be deterred by disruptions and the tearing up of his book, Gangster State: ...
News
3 years ago

Booysen, however, said the youth league did not support what the protesters did, but intended questioning the book's author, Pieter-Louis Myburgh.

"We were very much interested to ask him questions about his book, because in some of his allegations there are people who are not named, who are just named as sources. We wanted to know much, who are these sources, we wanted him to give us their names," he said.

He said the party was of the view that the book was  not factual and contained "far too many contradictions".

"We are saying people must burn those books because there is no truth in that book, at some point you would read that Ace was in exile for some few months … there's a lot of contradictions … sometimes it says he was not," he said.

The league said the book should have not been allowed as it was an attempt to divide the ruling party.

"Why would you allow a book that is misleading the people? In itself the book speaks about two different things. The book doesn't tell the truth," added Booysen.

The disruption of a book launch about corruption allegations against Ace Magashule has been at the centre of online conversations.
News
3 years ago