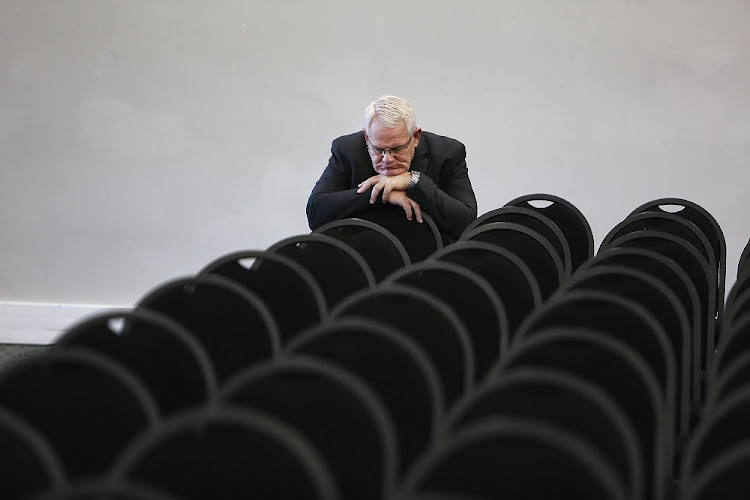 Former KwaZulu-Natal Hawks head Johan Booysen at the state capture inquiry ahead of his testimony on Wednesday.
Image: Alon Skuy

Testifying at the state capture inquiry on Wednesday, Booysen said it was an "unlawful" instruction.

Panday allegedly paid about R30,000 for a birthday bash for Ngobeni's husband, Maj-Gen Lucas Ngobeni. It has been alleged that Panday, who has links to former president Jacob Zuma, was then favoured by Ngobeni to obtain a police ­accommodation contract during the 2010 ­Soccer World Cup. It is alleged that Panday inflated prices and pocketed about R60m.

McBride said he was approached by Brig Lawrence Kemp, the police's provincial head of financial services, who indicated that there appeared to be irregularities with the acquisition of certain services in the police.

"On face value, it was clear there were some irregularities at supply chain management at the provincial level of [the police]. All transactions during the World Cup period had gone through the books of one particular businessman in KZN, Thoshan Panday," Booysen said.

The two lead investigators assigned to the case were Hans van Loggerenberg and Vassan Soobramoney.

After the case was assigned, Booysen said he received a call from Ngobeni asking what the investigation was about.

He said he complied with the instruction but "was never going to stop that investigation".

He said he received another call from Ngobeni on May 8 2010. "She was very irritated and she shouted at me. She said to me 'I told you people to stop this investigation'. I tried to convince her that the investigation had stopped," Booysen said.

"I suspected certain individuals from supply chain management such as Col Navin Madhoe, who had a close relationship with Ngobeni, got wind of the investigation and alerted her to it."

Former Ipid boss Robert McBride has alleged that internal statistics at the institution were manipulated during his suspension between 2015 and 2016.
Politics
3 years ago