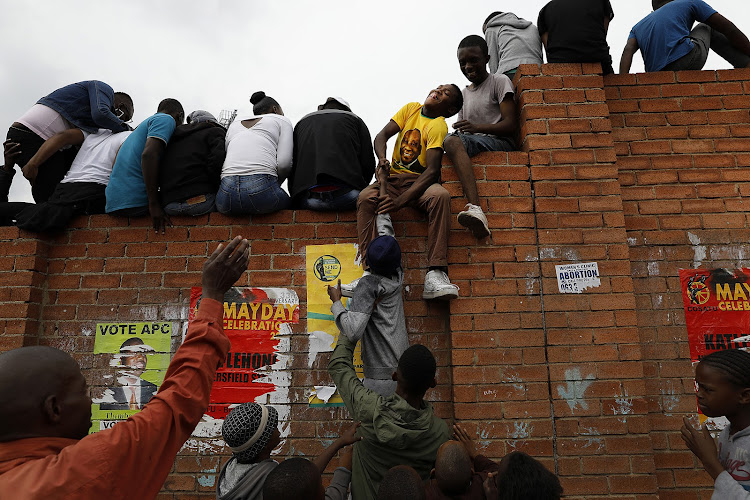 An inter-ministerial committee has been established to attend to the issues raised by protesting Alexandra residents during ANC president Cyril Ramaphosa's visit to the area.

There have been disruptive protests in the township for the past two weeks as residents complain about service delivery.

PODCAST: “But your conscience allowed you to loot the Free State?”

Ramaphosa visited the Johannesburg area last Thursday. "I've seen sewage. Human waste is all over the streets here. And we cannot allow it. There was another town in the North West where sewage was running in the streets and finally we had to get the army to go and sort out the sewage," Ramaphosa said during his visit.

While he was there, residents complained about:

• Unresolved land issues and the release of title deeds.

• High demand for housing, illegal occupation of houses and other premises.

• A proliferation of illegal shacks and other structures in contravention of bylaws and the failure to enforce those bylaws.

• The lack of refuse removal and illegal dumping of litter.

• The need for economic upliftment and investment, promotion of income generation and eradication of poverty, unemployment and inequality.

The Alexandra Renewal Project and the R1.6bn allocated to it have come also under renewed focus.

Cogta spokesperson Musa Zondi said the ministers would meet with the #AlexTotalShutDown movement leaders this week to discuss the renewal project. "A technical team of directors-general has been set up and has begun working on this issue."

“The systems have been put in place for the renewal of Alexandra to be handled by the IGR forum and we are all determined to ensure that the directives of the president are met,” Mkhize said.

Mashaba was blocked from speaking to residents of Alexandra on Monday evening.

He said the city was willing to assist with residents' grievances, such as refuse collection and combating illegal dumping. It was also allocating money towards improving the supply of electricity in the area.

Johannesburg mayor Herman Mashaba is frustrated after being blocked from speaking to residents of Alexandra, and of region E within which the area ...
News
2 years ago

From Thabong to Alex via Cape Town, here's a wrap of President Cyril Ramaphosa's campaign efforts this week.
Politics
2 years ago

A crew of SABC journalists was robbed in Alexandra township in Johannesburg on Tuesday, the public broadcaster said.
News
2 years ago