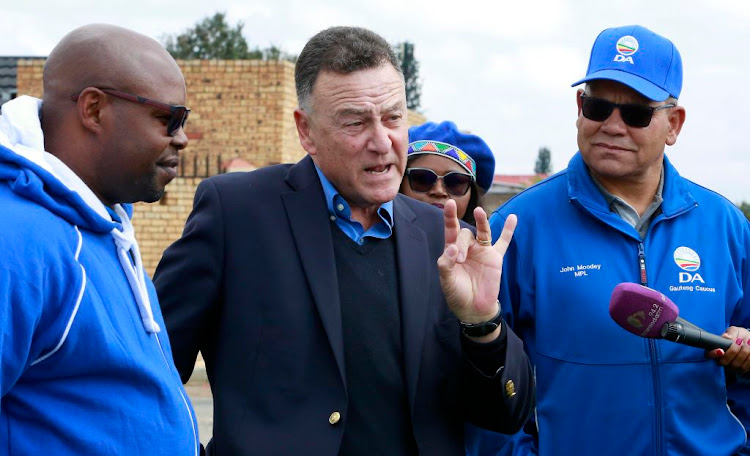 Former DA leader Tony Leon has lamented the Black Economic Empowerment (BEE) policy of the ANC government as "a scam" that only benefits those connected to ANC leadership.

Leon said this while campaigning for the DA in Eldorado Park, south of Johannesburg, on Tuesday morning.

"I have not met many people on the ground who have benefited from BEE. I, however, know a lot of people in Luthuli House and their relatives and friends who benefit from BEE," said Leon.

"I have been in many places, seen BEE beneficiaries, and I think in many ways it is a scam."

Leon turned his attention to affirmative action, saying it was progressive as a policy, only when properly implemented. "I think affirmative action when properly applied is a wonderful corrective measure for any country ... but if you spend time and effort ticking boxes and deciding whose family is going to benefit from which scheme you are not going to create any jobs," he said.

"You need to do it in a way where you're creating 5% economic growth not a percent, and it is not me saying it but Cyril [Ramaphosa] said it in his pre-election campaign, saying we've got to create a million jobs.

"When I last looked, the growth rate in South Africa was 1 and dropping and there has been a bloodbath on the jobs front. So by all means let us give the ANC the benefit of every doubt and say they have got the most advanced and sophisticated affirmative action policies, but why are the results so dismal and surely you need a course of correction."

Leon said the ANC government was failing at creating a conducive environment for business to thrive and thus create jobs, saying only the DA had proved to be capable of  this in the Western Cape.

With only two weeks to go before the election, there are still unanswered questions about the people voters will actually be electing.
Politics
3 years ago

"That review application seeks to continue their malicious lies against me and I will not stand for it."
Politics
3 years ago