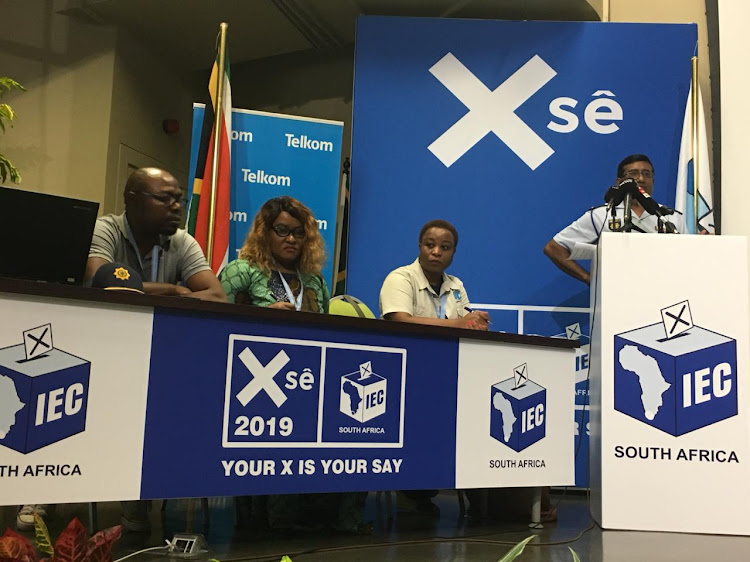 Acting provincial electoral officer Ntombifuthi Masinga told journalists at a media briefing on Monday that voting  was delayed in certain areas because of road blockages which were linked to service delivery protests.

She said the IEC had received 102,453 applications for special votes, which included home visits.

"As a commission we are pleased to report that operations are going well. However, we are aware of minor incidents that have been reported which were hampering our services."

She said service delivery protests had flared up in areas in the north and south of the province, including Mandeni, Ndwedwe, Maphumulo, Ubuhlebezwe and Umlazi.

As rumours swirled in the Ndwedwe area north of Durban that angry residents would protest and disrupt Wednesday’s election, traditional leaders and ...
Politics
3 years ago

She added that police had dealt swiftly with incidents and operations had resumed without further delay.

Meanwhile, in a statement on Monday, the provincial department of co-operative governance and traditional affairs said it was "racing against time" to ensure that all voting stations and access roads leading to them that were damaged during the Easter weekend floods are ready by Wednesday.

"The task is enormous by any measure, with as many as 233 reported instances of damage to access roads to voting stations or voting stations themselves. We are monitoring the progress as the affected municipalities undertake the necessary repairs. Where the municipalities required external help, there we have co-opted the provincial department of transport," said KZN MEC for Cogta Nomusa Dube-Ncube.

"Of the 233 reported incidents of damage to the elections infrastructure in municipalities, most damaged access roads and voting stations were in uMzumbe and eThekwini. Other municipalities from where damage reports were filed included uMfolozi, uMhlathuze, Mthonjaneni, uMzimkhulu, uMdoni and Ray Nkonyeni. The coastal areas of the province were also where most other damage occurred."

A strong contingent of police surrounded Durban's City Hall as voters trickled in to cast their special vote on Monday.
Politics
3 years ago

Provincial police spokesperson Brig Jay Naicker said they were prepared to deal with problems that may arise over the next few days.

"We have done our threat assessments and know where problem areas are. In terms of the polling stations police officers are placed strategically and even this morning they were able to respond quickly. No arrests have been made yet."

He said police were aware of the protest action hotspots and had planned accordingly.

Last week police minister Bheki Cele visited a police parade at the Durban central police station where he said that KZN was  known to be a hostile area and police officers would be deployed to various polling station in accordance with the risks posed.

"All provinces have a little bit of risk, which is categorised as high, low and medium. This province makes the category of high. There are still confrontations here that result in death," he said, adding that high-violence areas would have six police officers on duty during voting.

On Wednesday, 218 registered voters who live in the isolated village of Enkovukeni will cast their votes
Politics
3 years ago

KZN and North West the 'highest-risk areas' for election violence

Police have identified KZN and the North West provinces as the highest risks for violence during next week's general elections.
Politics
3 years ago

IEC concerned about lack of young first-time voters in KZN

More than five million people in KwaZulu-Natal have registered to vote in the national elections, but the Independent Electoral Commission (IEC) is ...
Politics
3 years ago