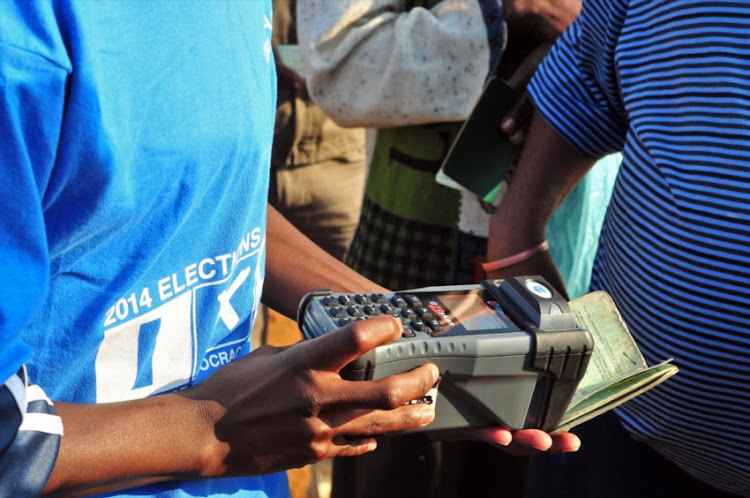 IEC staff affiliated to Nehawu will not be going on strike following an agreement with the employer.
Image: Gallo Images / Dino Lloyd

Electoral Commission (IEC) workers affiliated to the National Education, Health and Allied Workers’ Union (NEHAWU) will not be downing tools on election day after all.

Following meetings with the management of the IEC, Nehawu issued a statement saying they had reached an agreement.

“The national union has managed to push the employer to commit to the agreement that was reached at the Electoral Commission National Bargaining Forum (ECNBF) which directed the employer to implement the new organogram by September 1 2019.

“Furthermore, parties have agreed to relook into the recommendations on the tools of trade that was presented to the employer by the Tools of Trade task team in July 2018. Nehawu also raised sharply the victimisation of its members at IEC and as such parties have agreed on a process to address cases of members who have been victimised by management,” the union said.

Nehawu had been calling for better wages and improved working conditions for its members, adding that the failure of the employer to hear their grievances had resulted in low morale.

“In this regard, we call on the IEC to ensure that they immediately look into the issue of staff morale which is at an all-time low as a result of the issues that members have been raising,” the union said.

“Like any employer they have an obligation of taking care of their more prized assets which is their human resources. The IEC plays a major role in upholding our democracy and in ensuring that they play that role with aplomb, they must have a workforce that is motivated to go beyond the call of duty. Therefore, it is imperative that workers receive better salaries and they have all the tools of trade they need to perform their duties.”

The IEC has yet to comment on the developments.

The National Education, Health and Allied Workers' Union (Nehawu) is meeting with officials from the Electoral Commission on Monday, over a range of ...
News
3 years ago

Employees of the Electoral Commission of SA (IEC) cannot go on strike, the organisation said on Monday. "[They] are barred from embarking on any ...
Politics
8 years ago

Employees of the Electoral Commission of South Africa (IEC) have threatened to strike unless chairwoman Pansy Tlakula is removed before the election ...
Politics
8 years ago