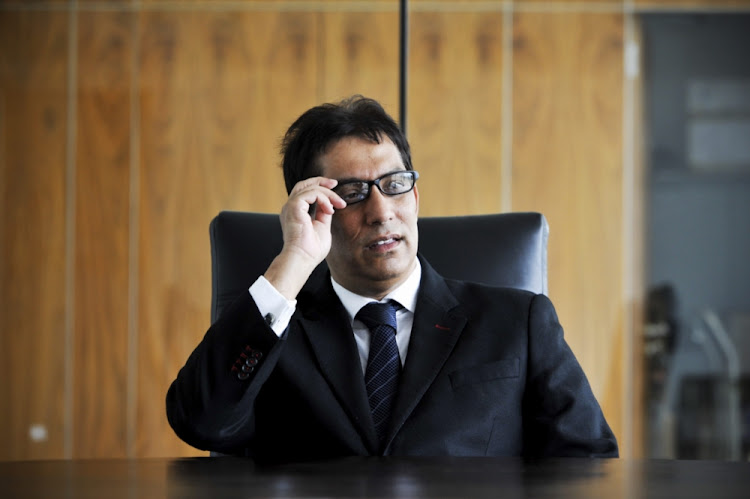 Iqbal Survé has given the ANC a 'no-strings-attached' donation said to be in the region of R1m. File photo.
Image: Gallo Images / Foto24 / Lerato Maduna

Controversial businessman Iqbal Survé says he expects "absolutely nothing in return" after making a sizeable last-minute donation to the ANC's election campaign in the Western Cape.

Speaking at a media briefing in Cape Town on Sunday evening, Survé said the donation, made through his Sekunjalo group of companies, was to support "progressive forces".

"It's so important that we support progressive forces ... Our support for this election has got nothing to do with Independent Media. Independent Media has its own editors, its own people who are responsible, objective and do foresight into stories. Our support is because historically since before democracy, after democracy, we believe in supporting progressive forces. It's a duty, you don't have to thank us."

Survé has been at the centre of graft allegations at the Public Investment Corporation, with various entities linked to him allegedly having benefited from deals made out of due process.

It is believed the value of his donation to the ANC was about R1m. "I only have one condition to our support, do not give us anything in return. We want absolutely nothing in return ... Our support is unconditional. If you win whatever council or province, we don't want to see you," he said.

How Iqbal Survé used PIC's R4.3bn investment as his own piggy bank

"I'm one of the first persons who have called for donations to political parties to be transparent."

Rasool told guests that Survé sponsored parts of the ANC's Thuma Mina campaign in the province in 2018.

"When the president called for Thuma Mina, he didn’t send a budget with him … he wanted projects and all our volunteers asked for was for some food. That's when we made contact with Sekunjalo, among others," he said.

"That created a foundation because when others saw that we were able to give some food to our volunteers, the volunteer base grew to what it is today, 15,000-plus volunteers. That's the foundation, Iqbal, that your companies led."

Iqbal Survé and Gill Marcus's heated exchange at the PIC inquiry had many people talking.
News
3 years ago

The My Vote Counts (MVC) campaign has urged political parties to open their books and publicly disclose records of their private funding sources for ...
Politics
3 years ago