Story of two gogos: one still prepared to wait, the other fed up after 25 years of promises 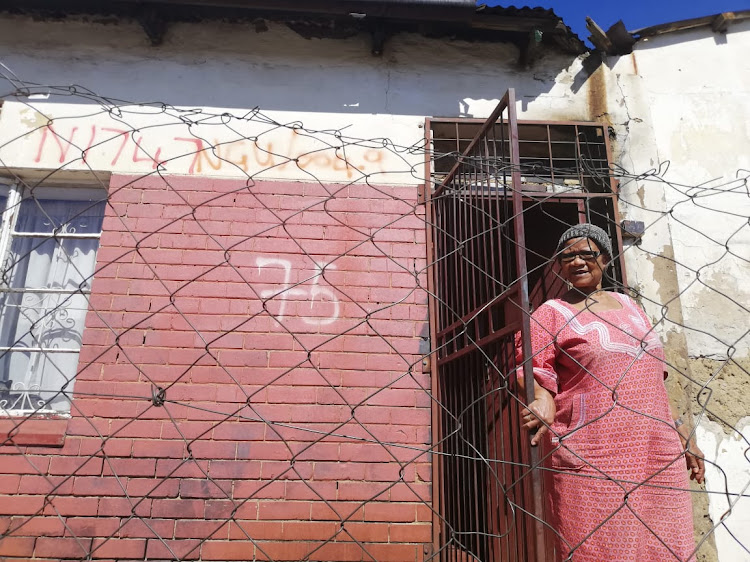 Yvonne Lekoma outside her home in Kliptown, Soweto, as special votes are cast on Monday in advance of Wednesday's poll.
Image: Nonkululeko Njilo

Despite her dilapidated three-roomed house, constant load-shedding and a sewage spill across the yard, a 74-year-old Kliptown resident says she was proud to have cast her vote for the sixth time on Monday.

"I will never stop voting. Yes, we have issues [service delivery] but I love my party, I have been voting for it ever since my husband was still alive. I am proud of it," said Yvonne Lekoma.

Speaking about what the government has done for her, Lekoma said there had been little improvement but she was hopeful her party would eventually deliver.

"You must have patience, things don't happen overnight. You must remember there is a lot to fix since the apartheid regime," she told TimesLIVE.

She was hopeful her party would emerge victorious in the upcoming elections and that change would soon materialise.

"Our children are unemployed, our houses are old and falling apart, as you can see. Even though our children go to school, what happens to them afterwards, they're forced to linger. The government must assist us because we are also voting," she said.

Another Kliptown resident said she did not register to vote because the government had failed the community.

"Kliptown is one of the oldest Soweto townships and is rich in history but, as you can see, we're poor. We're in shackles," said 75-year-old Precious Thoba.

"What is voting going to do for me? As you can see I have nothing. I voted three times but I still don't have a house, I am still suffering like my parents did the during apartheid era, so it's a no," said Thoba.

Archbishop Emeritus Desmond Tutu was mum after casting his vote at home in Milnerton, Cape Town, on Monday.
Politics
2 years ago

"I am voting because I suffered under the apartheid regime, and I don't want to ever go back there," says Fikile Maduna, 71, a pensioner who lives in ...
Politics
2 years ago

A total of 774,094 voters have been granted permission to cast a special vote on May 6 and 7 for the 2019 general elections. This is almost double ...
Politics
2 years ago