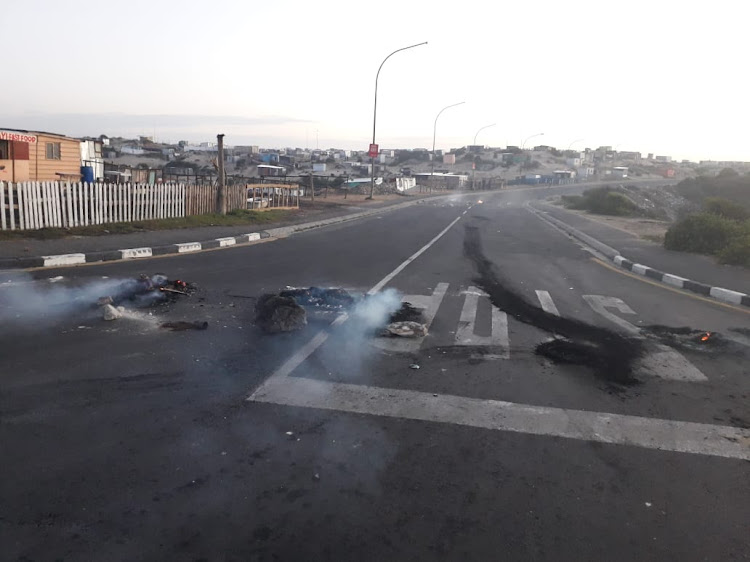 Tyres burn on the corner of Oscar Mpetha Road and Bayden Powell Drive in Cape Town on Tuesday, on the eve of the elections.
Image: SAPS

Protesters in Durban blockaded roads with debris and burning tyres from about 5am on Wednesday on the N2 near Umgababa, Lamontville, Higginson Highway in Chatsworth, Ntuzuma and Mary Thipe Road in Cato Manor.

Metro police spokesman senior superintendent Parboo Sewpersad said police had been deployed to the areas and were in the process of clearing up the roads.

SAPS spokesman Brigadier Jay Naicker said police had been deployed to the well-known hotspots to ensure calm, adding that voting stations in these areas were filling up.

TrafficSA also reported on Twitter that protest action was under way in the Western Cape town of Plettenberg Bay.

Twenty-one people have been arrested for torching an Electoral Commission presiding officer’s car and disrupting special voting in Ganyesa, North ...
Politics
2 years ago

Gauteng premier David Makhura queued early on Wednesday in a growing line with other residents at the voting station where he is registered.
Politics
2 years ago