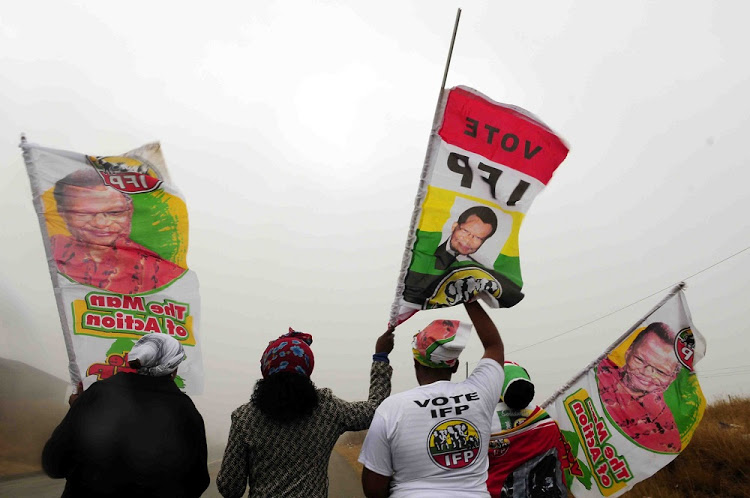 Of the 1,545 votes cast by residents of former president Jacob Zuma's village in Nkandla, the IFP believes strongly that over half will go to the party.

Five hours before the voting district of kwaNxamalala, Nkandla closed, 778 national votes had been cast and 769 votes for the province. IFP youth secretary in the area Phumzile Magwaza said the party was positive of taking the lion's share of the votes.

"Of course the people of this area voted for the IFP because Zuma is no longer president.

"During door-to-door campaigns it became clear that we will get more votes because residents were telling us they will not vote for a man (Ramaphosa) they don't know," she said.

The voting district and the municipality in which it is located has remained firmly in the grip of the IFP, however, the people in Zuma's ward voted for the ANC in the previous local government elections.

Magwaza said she was happy with the manner in which voters showed loyalty to the IFP. "We had to go and get t-shirts from other voting districts because we ran out, voters were interested in the IFP," she said.

But the ANC, which erected its tent opposite that of the IFP, also expressed confidence. Former ward councillor and ANC activist in the area Sbongiseni Bhengu said their tent was the busiest.

"The number of voters who came to the ANC tent to check if their names appear on the voters' roll was overwhelmingly high, which shows you the people relate better with the ANC.

"I have no doubt that we pulled a strong campaign and it provides people with enough reasons to trust the ANC with their vote," he said.

Ntolwane Primary School, where the former president voted, remained a hive of activity throughout the day with both the IFP and the ANC displaying their party colours.

"In the whole of Nkandla the EFF is performing very low, but we are here to work and close that vacuum," Mkhize said.

The political big hitters all cast their votes on May 8 2019 as South Africans headed to the election polls. This is what the former leaders as well as the hopeful politicians had to say after casting their vote.

Jacob Zuma's prediction: 'There will be no surprises in these elections'

Former president Jacob Zuma says he does not anticipate any upsets in the 2019 general elections.
Politics
2 years ago

'New government must live up to expectations': Thabo Mbeki

Former president Thabo Mbeki said on Wednesday whichever party wins the national and provincial elections has the responsibility to “live up to the ...
Politics
2 years ago

ANC treasurer-general Paul Mashatile is confident that his party will do well in Gauteng.
Politics
2 years ago