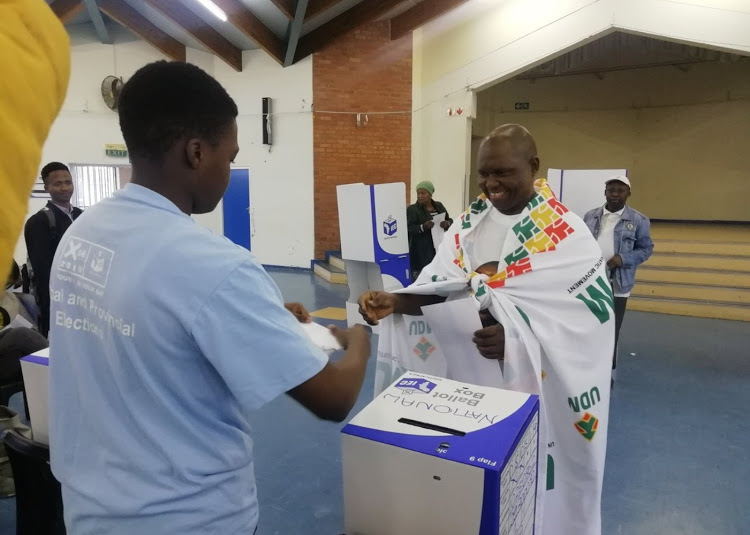 Wearing a UDM flag draped over his shoulders, Nelson Mandela Bay mayor Mongameli Bobani strutted into the KwaMagxaki community hall to cast his vote on Wednesday.

Bobani said he had visited other areas earlier in the day before heading to his voting station.

"So far, we have not yet received any problems in the city," he said.

Asked what he would be doing after casting his vote, Bobani replied: "I will be moving around, checking if there's any problems in the city.

"We want to ensure voting happens without any problems. We are not expecting any problems but if there are any challenges ... we are ready."

Bobani praised Nelson Mandela Bay voters and candidates for their behaviour. "I thank our residents and the political parties who are also very disciplined, as there have been no reports of infighting," he said.

Mayor Mongameli Bobani laughed hysterically as a reporter of The Herald asked him about the raid on his office and home on Tuesday.
News
2 years ago

Former president Jacob Zuma cast his vote amid an ecstatic reception at Ntolwane Primary School in his home village of kwaNxamalala on Wednesday ...
Politics
2 years ago

Thirty-three-year-old East London resident Nomfundiso* will not be voting on Wednesday. Not because she doesn’t want to, but because a loan shark has ...
News
2 years ago