Former president accompanied by two of his wives 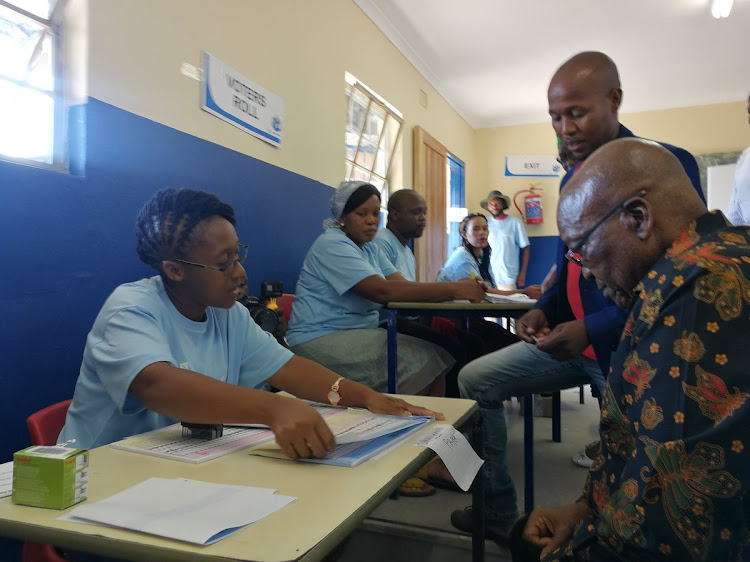 Former president Jacob Zuma cast his vote amid an ecstatic reception at Ntolwane Primary School in his home village of kwaNxamalala on Wednesday morning.

The voting station came alive when the former president arrived. Even IFP members in a tent adjacent to the school's entrance cheered at the sight of Zuma's arrival.

The former leader cracked jokes with the IEC official who inspected his identity document.

He also shared a light moment in the queue with Inkosi yamaNxamalala Bhekumuzi Zuma and promised to make time to see the chief after the elections.

Jacob Zuma spoke to the press after casting his vote in the South African elections on May 8 2019. Zuma said he believes 'big parties will be in front and the smaller parties will follow' after the votes have been counted.

More than 100 voting stations not yet open in KZN

Sabotage and protest action has resulted in more than 100 voting stations not being able to open in KwaZulu-Natal by mid-morning on Wednesday.
Politics
2 years ago

'We know this is the last chance to fix ANC,' admits Kgalema Motlanthe

Former president Kgalema Motlanthe said on Wednesday that the leaders of the ANC are “well aware that this is the last chance” to address issues ...
Politics
2 years ago