'You have the right to choose a new leader,' Solly Msimanga urges voters

“Its about making a choice on who you want to govern the province and country. Staying away is not a solution. Democracy gives you an opportunity to test a political party. If they fail you, you have the right to chose a new leader,” he said.

“By voting, you provide hope."

Echoing the views of party leader Mmusi Maimane, Msimanga said the top issue in people's minds is employment. “Money is being spent on corruption when it should be spent on education, jobs, health and dealing with crime,” he said.

He said the party had planned for several options to take power in the province, including forming coalitions if not it did not gain an outright win. “But coalitions will only be formed with other parties who have the same values as us, which are growing the economy, improving healthcare and education," he said.

“Our maturing democracy is moving us more towards coalition arrangements, which we have learnt a lot about - especially when it comes to what needs to make them work properly. 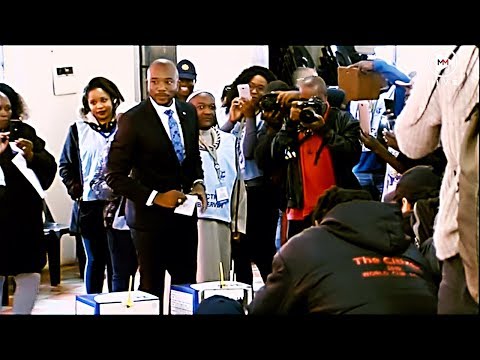 Maimane said the DA was confident and excited about the elections. “Our big concern is about people, especially the youth, not turning up. Staying away will not bring change. Change will be brought about [by] exercising your democratic right to vote, which so many people fought and died for," he said.

“Voting allows one to hire and fire politicians.”