ANC looks set to retain Eastern Cape, tiny parties could get a look in 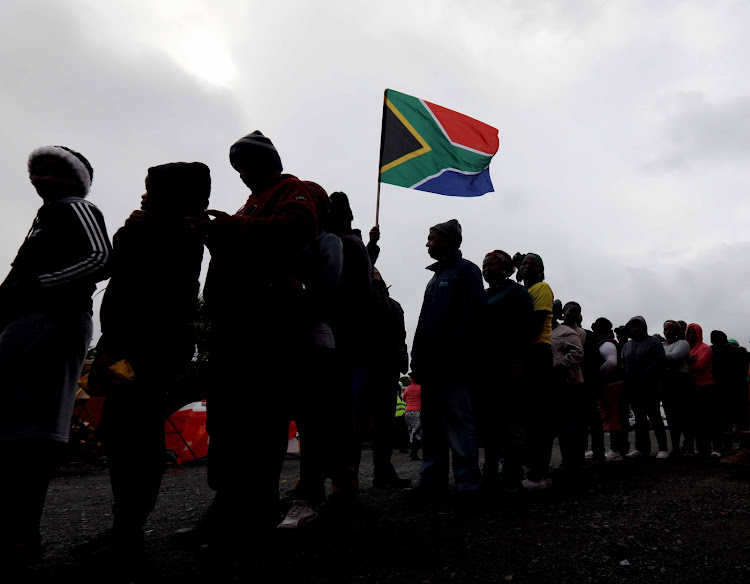 The UDM and ATM could gain a seat or two while the AIC and Cope could lose their seats in the Eastern Cape provincial legislature.
Image: Esa Alexander

The ANC looks set to retain the Eastern Cape, with just more than half of the provincial votes captured by lunchtime on Thursday.

The party stood at a comfortable 68% after 57% of the votes had been captured.

The DA in the province was trailing at close to 18%, followed by the EFF with nearly 7% of the votes.

The UDM and ATM looked likely to be the other small parties to earn a seat or two after counting is concluded.

The ANC, DA and EFF look likely to increase their seats while the AIC and Cope could lose their seats in the provincial legislature.

But some opposition parties have described the elections as not credible and highlighted a number of discrepancies.

PAC provincial chair Sandla Goqwana claimed that they had witnessed a number of people voting twice, which they attributed to poor control by the IEC.

"Our party agents were frustrated in a number of voting stations as the IEC kept changing the rules of the game," Goqwana claimed.

The DA's Nqaba Mbanga, however, was excited by the results saying his party had exceeded what they initially projected.

"As results come in we expect to actually increase our percentage," said Mbanga.

IFP chair Thabo Mandila stopped short of calling for the scrapping of the elections, accusing the IEC of attempting to maintain the current status quo.

"All these discrepancies taking place were so deliberate that we have lodged objections in a number of municipalities," Mandila said.

IEC provincial manager Siyabonga Maki acknowledged that they had received an official complaint from the DA about the indelible ink and people voting twice.

"We have doubled our percentage in the province. We are the only party in this province that has grown by nearly 5%. We are still waiting for more results."

Maki said those found to have voted twice would be prosecuted.

The Electoral Commission said it was "pleased" with the smooth running of election day on Wednesday.
Politics
1 year ago

"We do not dispute that people might have voted twice. But they will be caught during the complaint process and anyone found to have done so will be arrested and charged."

He said parties had until Friday midnight to file objections with the IEC. "Any objection after Friday will not be entertained," he said.

By lunch time only 90 of the 352 voting stations in Buffalo City metro were captured. In Nelson Mandela Bay more than 155 of the 255 had been captured.

Maki said only nine of the 39 municipalities in the province had captured their votes into the IEC system.

ANC provincial chair Oscar Mabuyane expressed his satisfaction with the progress made by his party. "I am happy with the results thus far," said Mabuyane.

He however cautioned party members and followers not to relax as the local government elections were less than two years away.

"We need to go out there and work very hard. We need to fix local government and ensure we deliver services to our people," Mabuyane said.

Domestos and bicarbonate of soda are just some of the substances used by voters to remove election thumb marks.
Politics
1 year ago

How SA voted: 10 easy ways to help you track the 2019 election results

South Africa has voted and now waits to hear what the results of the 2019 general elections.
Politics
1 year ago
Next Article