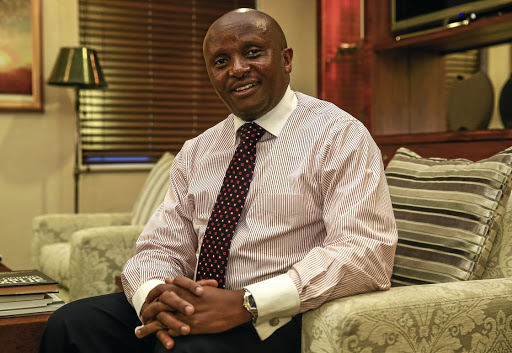 The Electoral Commission (IEC) has assured South Africans of the overall integrity of Wednesday’s voting process in light of widespread allegations that people were able to vote more than once.

“In the light of serious allegations regarding two potential instances of double voting, the [IEC] would like to ensure voters and all stakeholders of the overall integrity of the voting process.

“It is alleged voters were able to cast more than one vote at different voting stations. The election process contains a number of checks and safeguards which together serve to protect the integrity of the process," he said.

Counting has started - and this is how it works

Final results won’t be official for a few days yet, but the first batch of results from the 2019 election is expected before midnight.
Politics
2 years ago

Moepya listed a number of procedures that have been put in place to minimise the occurrence of fraud in the voting process - all of which "leave a detailed footprint of voter participation and can be used both separately and in combination to identify instances of electoral fraud”.

“The [IEC] will assess data from scanners and the voters’ roll to identify any potential risks. Where evidence is found, the [IEC] will firstly quarantine the results of the effected voting districts and will pursue criminal charges," he said.

He appealed to political parties to provide information where any malfeasance is suspected.

“The electoral process also allows for objections to be raised by political parties throughout the process. [IEC] appeals to any party or person who may have evidence of any electoral fraud to report this immediately so it can be thoroughly investigated,” Moepya said.

Earlier, at the commission's 5pm press briefing, chief electoral officer Sy Mamabolo said people who are attempting to vote twice would be committing fraud and should be prosecuted.

Stay in the know: All the news, opinion and analysis around the 2019 general elections
Politics
2 years ago

“To that extent if there is any evidence of anyone having attempted or having factually voted twice, we would want those people immediately prosecuted,” Mamabolo said.

“The issue of whether people can vote twice or not has to be evaluated against other measures that are in-built into the process, such as the use of the voters’ roll and crossing off people’s names and so on. Where people have been able, as it is claimed, to remove the ink, that was an important safeguard in the process.”

Meanwhile, as the clock ticked towards midnight, the first batch of confirmed results from a small voting station in the Western Cape had come through. Of the 24 votes, 11 were in favour of the ANC, eight for the EFF, two for the UDM and none for the DA.

Bad weather, community unrest, power cuts and logistical issues tainted the 2019 national elections - but despite this the elections were a success, ...
News
2 years ago

Yes, it is possible for a dead person to appear on the voters' roll, says IEC

The IEC in Limpopo said it was possible that one or more names of deceased people were found on the special voters' roll at Kgwekgwe Secondary School ...
Politics
2 years ago

The Electoral Commission (IEC) has removed the deputy presiding officer from a voting station in Benoni, east of Johannesburg, after a video showing ...
Politics
2 years ago