First BLF ignored by voters, then slapped with a gag order over Patrice Motsepe 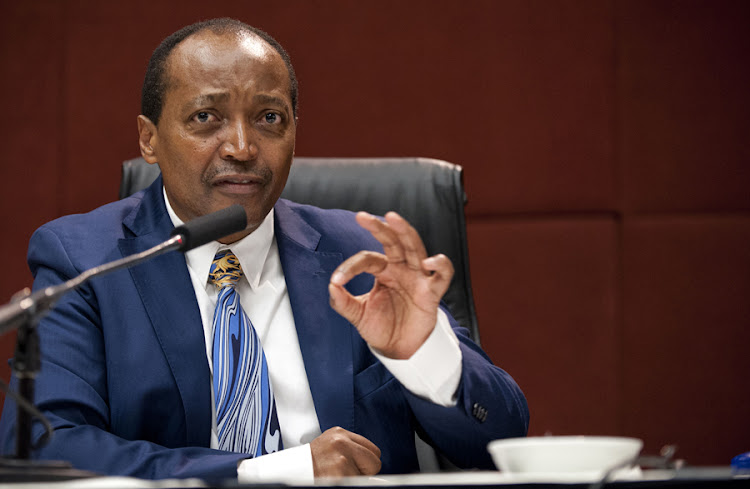 A judge ruled on Thursday that the BLF and its leader Andile Mngxitama must stop repeating claims that Patrice Motsepe is involved in a Botswana coup.
Image: Martin Rhodes

Thursday was a bad day for Black First Land First.

First, preliminary results from Wednesday's election showed the party has virtually no sway in the court of public opinion, then the party was ordered by a court of law to stop claiming billionaire Patrice Motsepe was involved in plotting a coup d'etat in Botswana.

That is what judge Thifhelimbilu Mudau ruled in the South Gauteng High Court after Motsepe launched an urgent application to get a temporary interdict to stop the party and its leader, Andile Mngxitama, from repeating the allegations.

Mngxitama accused Motsepe in April of "craving Botswana diamonds" in what he believes was a mission in which the businessman was being helped by his sister, Bridgette Radebe, wife of energy minister Jeff Radebe, to interfere with the Botswana government.

AFP reported in April that Botswana had banned Bridgette from entering the country without a visa.

Billionaire businessman Patrice Motsepe's lawyers have written to BLF leader Andile Mngxitama, warning him to desist from accusing their client of ...
Politics
2 years ago

John Campbell, on behalf of Patrice, argued that every South African had the right to dignity irrespective of social or financial standing. He added that the businessman's  reputation was damaged by allegations based on - "as one world political leader might say - fake news".

Luyanda Nyangiwe, on behalf of BLF, argued the remarks were "fair comment" and not facts. He added that Motsepe had not said his business interests or meetings were harmed by the allegations.

Campbell argued that for the remarks to be classified as protected speech, they needed to be based on facts.

Nyangiwe said political debate and speech in SA has always been "robust". This was a political matter and Mngxitama had used "emotive language".

He added that the BLF based the remarks on Patrice Motsepe's ties and an audio recording which they believe proved that Motsepe was involved.

After the BLF made remarks, they sent questions to Motsepe. Campbell argued that for the BLF to do so, after making their comments, was a fishing expedition and the damage was already done.

The matter will go to trial.

Black First Land First (BLF) is disappointed with its dismal support as shown by  preliminary election results.
Politics
2 years ago

Nelson Mandela's great-grandson Mayibuye Mandela told TimesLIVE that he would put a cross next to the BLF in the provincial ballot and vote for the ...
Politics
2 years ago