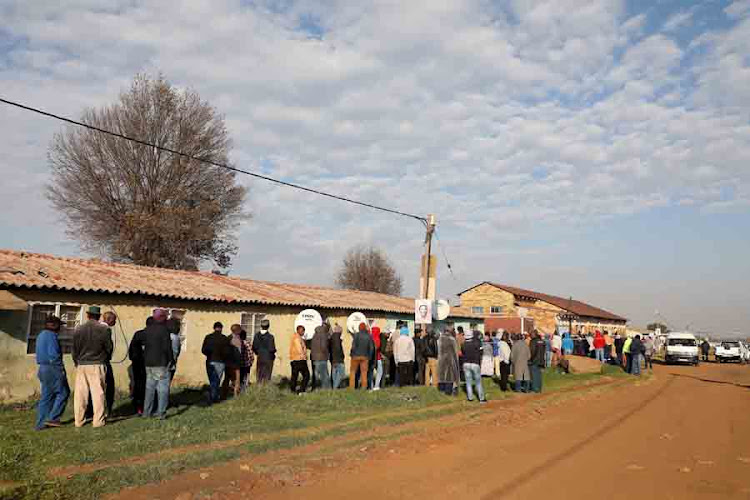 Voters largely ignored the BLF, while Hlaudi Motsoeneng's African Content Movement is unlikely to get even one seat in parliament.
Image: Thulani Mbele

"We expected to do much better," BLF leader Andile Mngxitama said on the sidelines of a legal matter at the South Gauteng High Court on Thursday.

"I still hope for a miracle. It will be a great pity if our people didn't put us in parliament. Of course, what it means is that perhaps our people are not yet ready for us," Mngxitama said.

The BLF had secured 4,458 votes with counting having passed the 5-million mark at 1.26pm on Thursday.

The BLF leader said: "What happened was that white people voted for the FF+ and black people have not voted for us. That's the bottom line."

Mngxitama said they were waiting for results from party strongholds.

He believed the elections were rigged if one compared how much money bigger political parties spent vs a "poor organisation" such as themselves.

"It’s too early to tell, but he seems to be trailing very badly," analyst Ralph Mathekga commented.

In an interview with TimesLIVE earlier this year, Motsoeneng ambitiously stated he would win the election to become president once the results were announced.

He had pronounced: "South Africa is happy because I am ascending to the presidency of this country. We all know that Africa represents the continent, which is Africa. I'm also saying that we need our own currency in Africa."

This was despite the party operating on a nonexistent election budget, according to him.

"Money cannot win elections if people do not believe in you. I want to be clear, as ACM we do not have money, it is a fact. But we do not believe money would win us elections. South Africans know what I stand for. They know I am very decisive and I am an implementer," Motsoeneng said at the time.

Stay in the know: All the news, opinion and analysis around the 2019 general elections
Politics
2 years ago

South African elections officials counted ballot papers in the early hours of Thursday, a day after a vote seen as the toughest test yet for the ...
Politics
2 years ago

Russian specialists purportedly planned a disinformation campaign to tarnish the image of the DA and EFF in a bid to influence the elections in South ...
Politics
2 years ago