ANC holds on to Gauteng by a whisker

Image: Niyazz/Shutterstock The ANC has narrowly managed to hold on to Gauteng in the 2019 general elections.

The ANC has barely managed to keep Gauteng from being snatched by opposition parties after the party got just over 50% of the vote.

Following three days of uncertainty, where the party dipped below 50% for the first time on Friday morning with 58% of the votes counted, the party managed to avoid losing Gauteng.

With the final result in, the ANC may still need to make deals with the opposition parties to formulate a government and run legislature business.

The latest election results are the worst from the party since democracy. It had been on a steady decline since 2009 when it dropped from 68% to 64%.

The party dropped its support further in 2014 to 53% and followed this with a dismal performance in the 2016 local government elections when it lost control of two key metros, Johannesburg and Tshwane.

Leading up to this elections opposition parties like the DA and EFF had been baying for blood, believing they could force the ANC below 50% and form hopefully form a coalition government similar to the ones in Johannesburg and Tshwane.

But the DA, the strongest of the two parties, instead dropped its support from its previous 30.5%, thereby letting the ANC off the hook.

Even though the EFF grew its support, from 10.3%, the growth was not enough to kick the ANC out out of power. 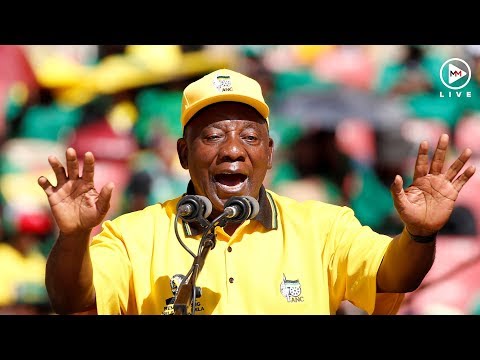