Cyril Ramaphosa urges parties to accept 'the will of the people' 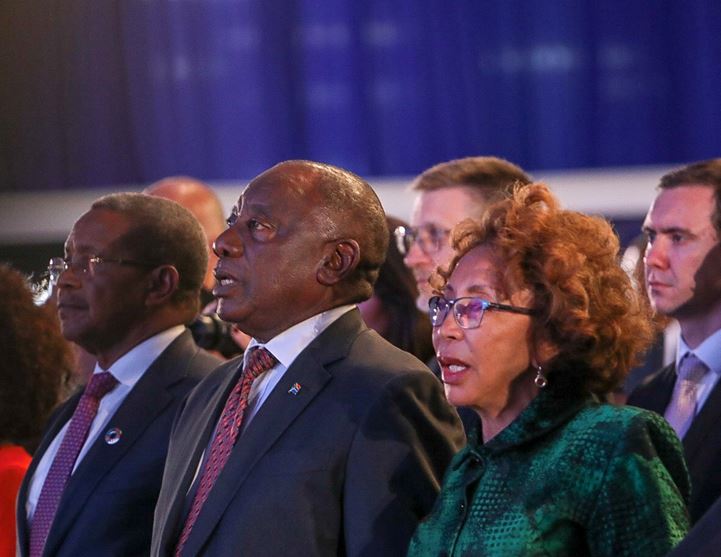 President Cyril Ramaphosa with his wife Dr Tshepo Motsepe during the Announcement of the National and Provincial Elections for 2019, where the ANC emerged victorious.
Image: Sebabatso Mosamo/Sunday Times

President Cyril Ramaphosa has called on parties that contested the general elections to accept its outcome.

In a brief speech at the IEC's operations centre in Pretoria, after the results were announced on Saturday, Ramaphosa said parties should "accept the will of the people".

"This election confirms that freedom and democracy does indeed reign in South Africa and we are grateful for that. Many of our people braved the rain, the cold and various other weather elements to cast the ballots that will determine the future of our country.

"In doing so, they reaffirmed the vibrancy of our democracy in an environment of diverse opinions where there was much contestation by various parties."

He said people voted for a better South Africa.

"Our people have spoken and they have done so clearly and emphatically. They voted for a united SA in which all may realise their potential. They voted for a more equal society free from hunger, poverty and want," he said.

"Democracy has emerged victorious in our country. Our people have given all the leaders in this country a firm mandate to build a better South Africa for all. Let us all now work together to build a South Africa that truly belongs to all who live in it."

Fairly low voter turnout and a few parties’ growth were the highlights as the IEC officially declared the results of the 2019 elections on 11 May 2019.

2019 elections tested IEC 'like never before' but were fair: Sy Mamabolo

The Electoral Commission's chief officer, Sy Mamabolo, said that the 2019 general elections tested the organisation "like never before".
Politics
2 years ago

ANC to go back to basics following Gauteng scare

ANC deputy secretary general Jessie Duarte says the party needs to "go back to basics" in Gauteng where it received a slim majority of 50.19% at the ...
Politics
2 years ago

IEC will ‘vigorously’ oppose any legal action by disgruntled parties

The Electoral Commission (IEC) says it will "vigorously" oppose any legal action aimed at interfering in the conduct of the elections and ...
Politics
2 years ago