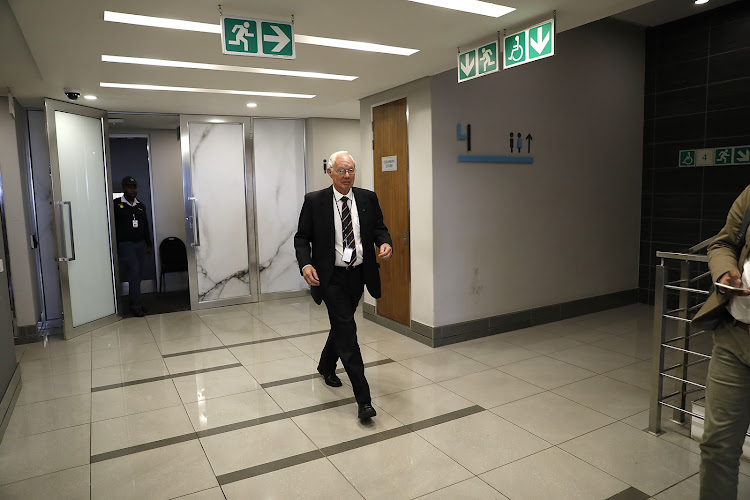 Francis Callard at the commission of inquiry into state capture.
Image: Alon Skuy

Former Transnet engineer Francis Callard told the state capture inquiry on Monday that an increase of about R1bn in the cost of 100 locomotives from China South Rail (CSR) was "excessive and difficult to justify".

Callard said he was handed an instruction in April 2014 by Transnet's then executive finance manager Yousuf Laher to draft a memorandum for the increase in the estimated total costs payable to the Chinese consortium from R3.8bn to R4.8bn.

This was for the controversial purchase of 100 electric locomotives.

Some of the reasons attributed to the increase was the rand's declining strength against the Japanese yen - which Callard said had nothing to do with procurement from China - and the conflict in Ukraine.

His testimony concluded the first topic in his statement to the commission, which focused on how Transnet executives irregularly procured 100 electric locomotives from CSR at an inflated rate and amended business cases recommending that the state-owned company should opt to purchase the locomotives from Japanese company Mitsui.

"I considered the increase excessive and difficult to justify ... The decision by group and/or supply-chain services to arbitrarily and unilaterally change technical specifications without technical consultation, while not technically proficient themselves, was irresponsible in the extreme," said Callard.

"The impact of the change from Mitsui to CSR and the associated design changes on locomotive delivery were never discussed with technical or operations ... I believe that the confinement to CSR was flawed in concept and execution.

"The motivation to use CSR was based on production capacity in China and a supplier who at the time of award had yet to deliver a working locomotive.

"The increase in the estimated total costs from R3.87bn to R4.84bn for the acquisition of 100 locomotives was unjustified and the upfront payments - amounting to 60% before any locomotive was delivered - were excessive."

State capture: Transnet agreements 'went straight to the board for approval, bypassing managers'

A business case for the purchase of 100 locomotives was extensively changed by Transnet's executives to favour a Gupta-linked Chinese company, China ...
Politics
3 years ago