Salim Essa: the state-capture mastermind in the shadows

Salim Aziz Essa is the spider at the centre of the state-capture web, from where he and his accomplices plundered the government's coffers 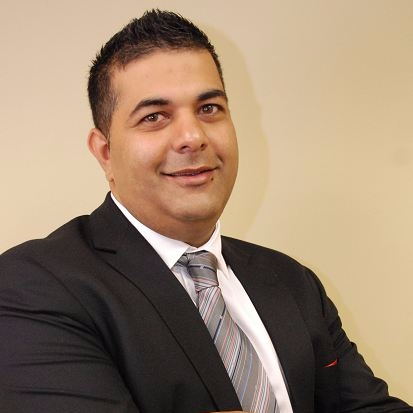 Should the Gupta brothers Atul, Rajesh and Ajay ever find themselves in the dock, they'll have to leave some room for Number Four: Salim Aziz Essa. He's the spider at the centre of the state-capture web, from where he and his accomplices plundered the coffers of the state's most important cash cows: Eskom, Transnet, Denel and other state-owned enterprises (SOEs).

Then Essa, barely 40 years old, hid the proceeds in a variety of bank accounts that funnelled the money to Dubai, a centre of international finance, reports Jacques Pauw in the May 17 edition of Afrikaans online weekly Vrye Weekblad.

Essa – recently described by a potential business partner as "a teenager with jeans and All-Stars" – was the Gupta cadre who had to create shell corporations to act as platforms for tax avoidance and money laundering, and who opened bank accounts to hide illegal revenue.

Vrye Weekblad: online every Friday
Click to read the latest in-depth news investigations and fresh opinions for a fresh take on politics, governance, business, food, music and much more.

He does not grant interviews and doesn't appear in public, and little is known about him, apart from the directorships he holds (or held) in 43 South African companies – among those, vehicles for state capture. It is likely that he owns several more companies elsewhere in the world.

Although Essa is a wealthy businessman in his own right, his business empire is entangled with the Guptas' affairs: together they bought a president and sold a nation's future.

It is almost impossible to calculate how many billions the Guptas and Essa made from state capture. Hawks boss Lt Gen Godfrey Lebeya said in August last year in Parliament that his staff were investigating R40bn-worth of Gupta-related fraud in connection with state capture.

Although the Guptas gained much influence over SOEs via their personal relationship with former president Jacob Zuma, it was Essa who played a key role through making direct contact with important players in these entities.

Zuma – with the cooperation of the Guptas – ensured that the right ministers were appointed to look after SOEs (Malusi Gigaba en Lynne Brown), who in turn implemented Gupta-friendly boards and chief executives.

Eskom had been a target of the Guptas for years, but they had struggled to convince the national electricity supplier to buy their coal – that is, until December 2014, when Brown appointed eight new board members.

Essa had a direct business or personal relationship with five of the 13 board members. For example, Mark Pamensky, one of the board members, and Essa had both been directors of Yellow Star Trading 1099. Pamensky had also been on the board of the Guptas' Oakbay Resources and Energy.

But the Guptas' hijacking of Eskom hit a snag: board chairman Zola Tsotsi was seen as a hurdle to overcome. He had to go – and Essa was well placed to assist.