President Cyril Ramaphosa and ministers Nkosazana Dlamini-Zuma and Naledi Pandor during the swearing-in ceremony of parliamentarians in Cape Town on May 22 2019.
Image: Esa Alexander

The National Assembly was a hive of activity on Wednesday morning as chief justice Mogoeng Mogoeng presided over the swearing-in of members of parliament.

The parliamentarians showed their excitement, sharing jokes and dancing as they stood before the chief justice to take the oath. Some took things more seriously, opting to focus exclusively on the task at hand.

Earlier in the day statements were released that David Mabuza and Nomvula Mokonyane would not be sworn in. 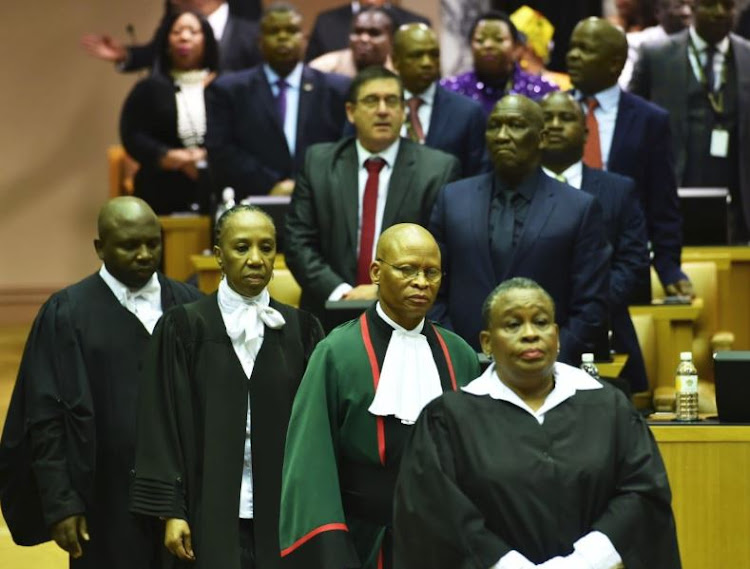 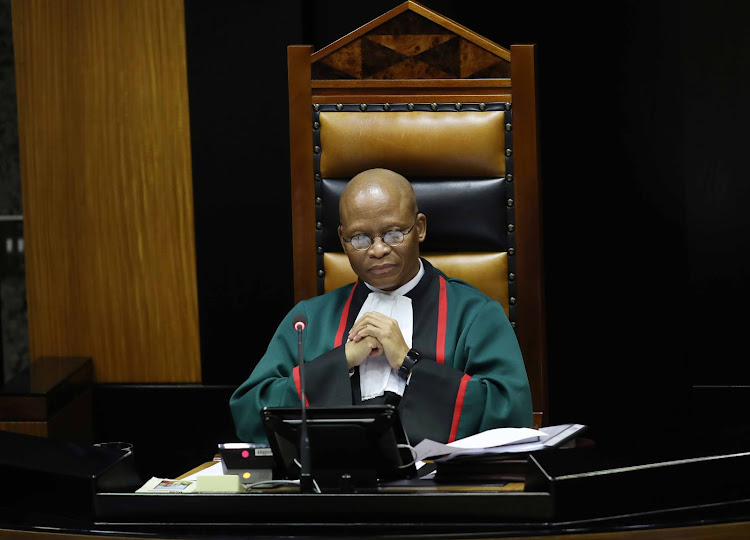 EFF leader Julius Malema approaches the microphone ahead of his swearing in as an MP on May 22 2019.
Image: Esa Alexander 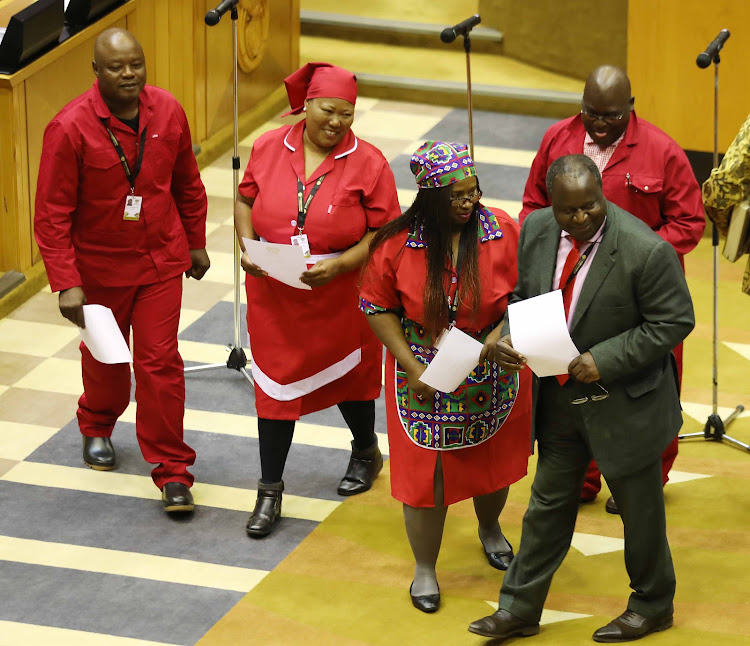 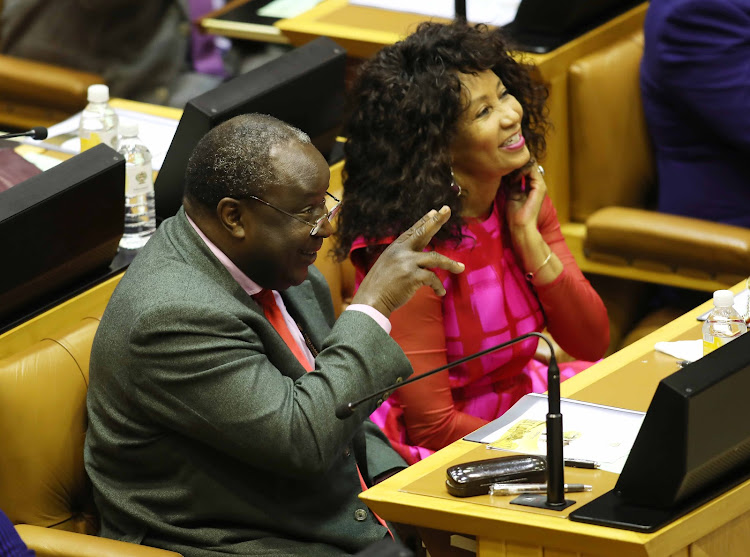 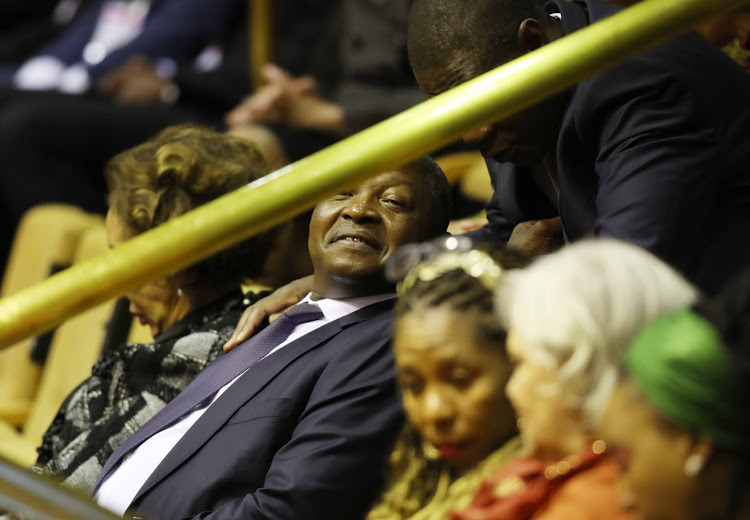 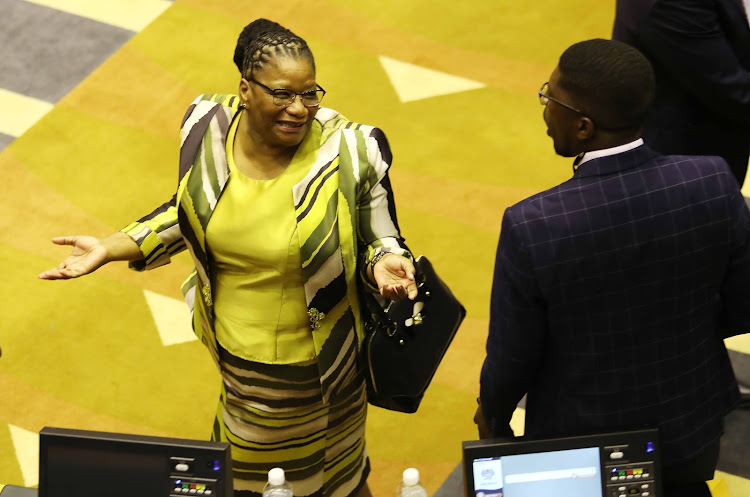 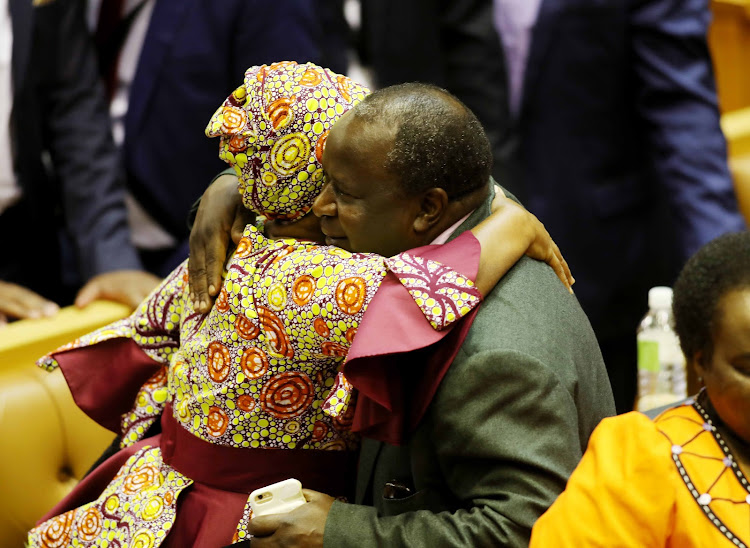 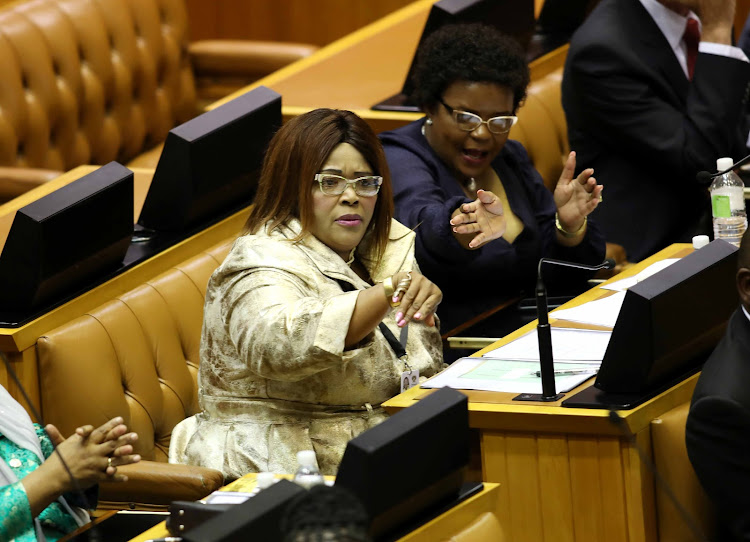