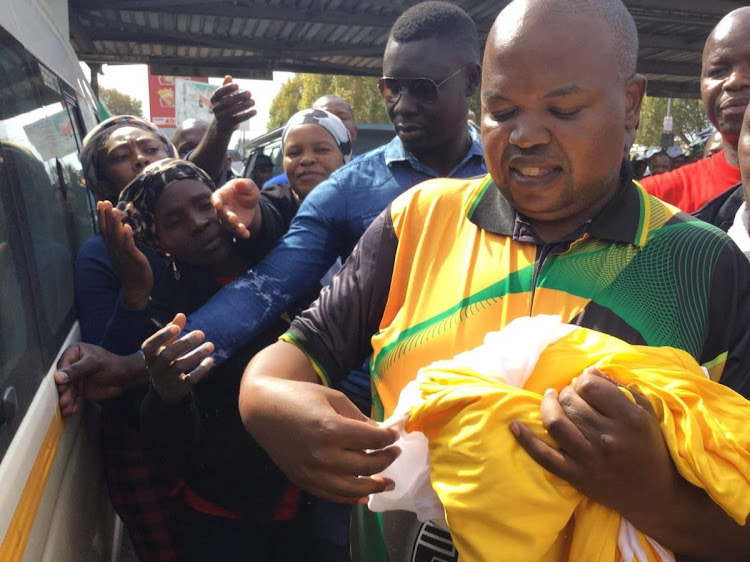 A member of the troubled ANC Youth League (ANCYL) has instructed his lawyers to demand that the ANC national executive committee (NEC) resolve to disband the league's NEC by no later than next Friday.

Mzwakhe Nkambule has, in a lawyer's letter to ANC secretary-general Ace Magashule, threatened that should the ANC fail to comply with his demand, he will resort to dragging the party to court.

Nkambule is from the league's branch in ward 82 in Ekurhuleni.

He has also demanded that youth league president Collen Maine and Magashule's counterpart in the league, Njabulo Nzuza, be barred from further representing the youth league in the mother body's NEC meetings following their swearing in as MPs this week.

A federal executive chairperson James Selfe has slammed the ruling ANC, saying it has rewarded people who contributed to the decline of the country ...
Politics
3 years ago

Moreover, Nkambule believes the ANCYL NEC's continued stay in office after three years of its official term, as stated in the structure's constitution, is illegal.

The Maine-led ANCYL top structure was elected in September 2015.

Nkambule is also taking issue with Maine and others in the league's NEC continuing to represent young people in the party despite being older than the cut-off age of 35 stipulated in the league's constitution.

"The current sitting NEC of the ANCYL has been in office for more than three years since the last conference in 2015 held at Gallagher Estate in Midrand. Thus, there is no constitutional provision relied on or justifiable reason to keep them in office," wrote Nkambule's legal representatives, Wits Law Clinic.

"Accordingly we are instructed to demand that the ANC disband the ANCYL national structure and appoint the task team that will ensure that the national conference is held. Secondly, we demand that the president and secretary-general of the ANCYL are to be prohibited from participating in any NEC meetings of the ANC on their representative capacity of the ANCYL.

"Should the ANC fail to adhere to our client's well-founded demands within seven days of your receipt of the letter, our client will be left with no choice except to approach the court of law for an appropriate relief."

Handshake snub a sign of intolerance towards youth in KZN, says league

The ANCYL in eThekwini has slammed the party's regional chairperson, Zandile Gumede, over a video doing the rounds on social media purportedly ...
Politics
3 years ago

The chair of the National Youth Development Agency (NYDA), Sifiso Mtsweni, has emerged as one of the frontrunners for the presidency of the ANC Youth ...
News
3 years ago