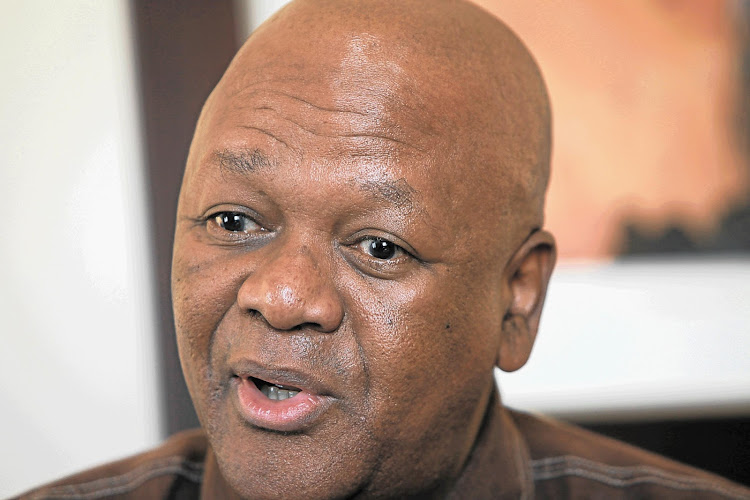 Jeff Radebe is proud of the quarter century he has served in government and now wants to enjoy time with his family. File photo.
Image: Simphiwe Nkwali

Former energy minister Jeff Radebe says he and his family are ready to enter a "a new era of life" following his exclusion from President Cyril Ramaphosa's new cabinet.

In a statement on Thursday, Radebe said the 25 years he had spent in government in various capacities meant a lot of time away from his family - and he was now looking forward to enjoying the "routines of normal life".

Radebe, who first became a minister in the public works portfolio under former president Nelson Mandela in 1994, was among those dropped by Ramaphosa on Wednesday when he announced his reconfigured cabinet following the May 8 elections.

The longest-serving cabinet minister in the democratic era, Radebe has been the political head of various departments including public enterprises, transport, justice and performance monitoring and evaluation. He served under former presidents Thabo Mbeki, Kgalema Motlanthe, Jacob Zuma and, most recently, as energy minister under Ramaphosa at the tail end of the fifth administration.

His departure from public office came while he was at the centre of a controversy over a R14.4bn oil deal in South Sudan, which Radebe rushed to sign against the advice of the Central Energy Fund, according to reports in the Sunday Times. It's unclear if this is the reason why Ramaphosa decided not to reappoint him.

In his statement, issued via a public relations agency, Radebe said he was proud of the quarter century he spent in government, and his achievements during that period.

"I am proud of the gains I have achieved as a servant leader and the contributions I have made throughout my years in government. I have crisscrossed the length and breadth of this country and the world, with barely a sphere of government I have not participated in," said Radebe.

GOOD leader Patricia de Lille said on Thursday, with a chuckle, that there would be no blue-light brigades whisking her around as the country's new ...
Politics
2 years ago

"The highs and lows of political life will hold me in good stead for the road ahead.  Politics and running government have been my life. Twenty-five years in government has meant time away from loved ones and a busy schedule.

"The day I made a vow to serve the African National Congress was the beginning of a lifelong commitment to this country - sacrificially, at times, at the expense of my family.

"Considering new options marks a new era for me and my family. I look forward to being able to enjoy the routines of normal life as well as immersing myself into new possibilities. As the saying goes, every next level of our lives will demand a different version of ourselves.

"I would like to thank President Cyril Ramaphosa for having trusted me with the energy portfolio. I also thank the people of South Africa who remind government every day of the price that was paid for this democracy. May they continue to hold us, as public servants, to account and to remind us of our duty to serve.

"I wish the new cabinet well - it is indeed a new dawn for all of us."

President Cyril Ramaphosa’s commitment to drastically reduce the size of his executive was put on the backburner as Ramaphosa had to compete against ...
Politics
2 years ago