Image: REUTERS/Siphiwe Sibeko President Cyril Ramaphosa announced his new cabinet on Wednesday night, reducing the number of ministers from 34 to 28.

President Cyril Ramaphosa's commitment to drastically reduce the size of his executive was put on the backburner as Ramaphosa had to compete against appeasing political factions.

Insiders said Ramaphosa's push to do away with deputy minister positions in many portfolios was not accepted by ANC leaders and had to balance lobbying from alliance partners.

Ramaphosa only cut his executive by 10 people, reducing the number of ministers that served under him at the end of the fifth administration from 34 people to 28 people.

"To promote greater coherence, better co-ordination and improved efficiency, we have combined a number of portfolios, thereby reducing the number of ministers from 36 to 28," Ramaphosa said - referring to the 36 ministers that served under Zuma.

He said in reviewing the size of cabinet, they have been guided by the need to build a modern developmental state.

"All South Africans are acutely aware of the great economic difficulties our country has been experiencing and the constraints this has placed on public finances. It is therefore imperative that in all areas and spheres of government, we place priority on revitalising our economy while exercising the greatest care in the use of public funds," Ramaphosa said.

Land reform and rural development will have one minister while energy and mineral resources would be combined into one.

He said it was important to deploy people who are committed, capable and hard-working, and who have integrity as ministers and deputy ministers. 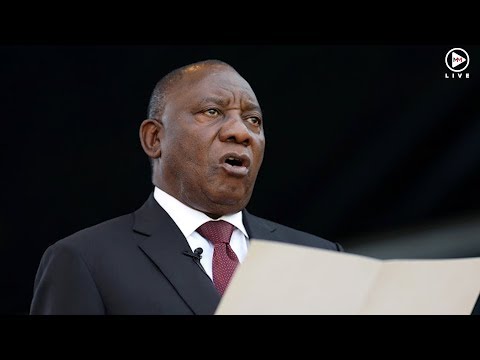