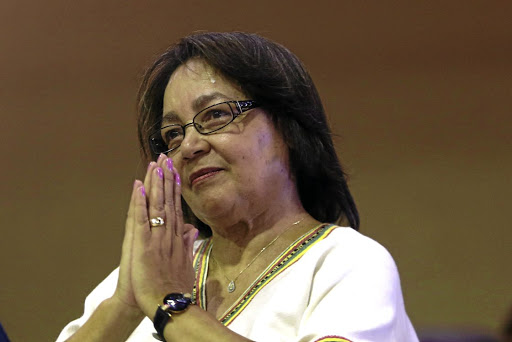 The DA should not be allowed to ignore the order of the Electoral Commission of SA (IEC) that it must apologise to GOOD leader and former Cape Town mayor Patricia de Lille.

Should this be allowed, IEC advocate Steven Budlender told the South Gauteng High Court, it will render the electoral commission toothless in a fashion like former president Jacob Zuma almost did to the office of the public protector.

Budlender was arguing for the IEC before Judge Boissie Mbha in a case brought by the DA in an attempt to set aside a finding by the commission that the party contravened the electoral code for the alleged falsehood it told the electorate when it said that De Lille had been "fired" as Cape Town mayor.

The DA is not only submitting to court that the statement is fair comment, but that it is also of the view that the IEC's findings on a suspected breach of the electoral code are not binding.

To rebut this, Budlender submitted to the court that the Constitutional Court judgment that declared the public protector's remedial actions binding should be relied on to demonstrate that no one could ignore its findings and remedial actions willy-nilly.

He said this would give the IEC some teeth and compel the DA to do as instructed, which was to apologise to De Lille.

In his argument, the DA's lawyer, Advocate Ismail Jamie SC, used another Zuma case as  precedent to justify why the official opposition believed there was nothing wrong with saying De Lille was fired.

Budlender dismissed the DA's argument and called them out for spreading "fake news".

"We live in an era where fake news or false news are terribly damaging," Budlender told the court.

"The IEC absolved the DA on the second part of the statement and said you can give your own views about the reasons she was fired because it is a comment but when you say you fired her, that is either true or false, it is a fact not an opinion.

"To say you have fired someone is an objective statement of fact, it can either be true or false and in this case it is false," Budlender contended.

"Let me be clear on what the DA argument is and what it is not. The DA accepts that the IEC is entitled to pronounce that they breached the code but it says the IEC has no binding power to do so. Our submission is that the DA case is simply wrong as a matter of principle.

"The Constitutional Court in the Nkandla judgment rejected unanimously and squarely that a chapter nine institution like the Public Protector or this one could only have recommendation powers that are not binding."

Jamie insisted that the word "fired" ought not to be taken in its literal meaning.

"Our position is that the statement is comment because the DA was never an employer of Ms De Lille, she was deployed to be the City of Cape Town mayor and the city was her employer," said Jamie.

"The word 'fired' must be seen within context of what was happening.

"But the DA, from that report, drew the conclusion that the report shows that Zuma stole the money and the court allowed that as legitimate political discourse," said Jamie.

After more than three hours of court arguments, the matter was rested. Judgment has been reserved.

The high court in Cape Town has given Patricia de Lille a good law lesson.
Politics
3 years ago

"That review application seeks to continue their malicious lies against me and I will not stand for it."
Politics
3 years ago

The DA has been found guilty of violating the Electoral Code of Conduct for spreading false information about former Cape Town mayor Patricia de ...
Politics
3 years ago