DA shadow cabinet: What you need to know 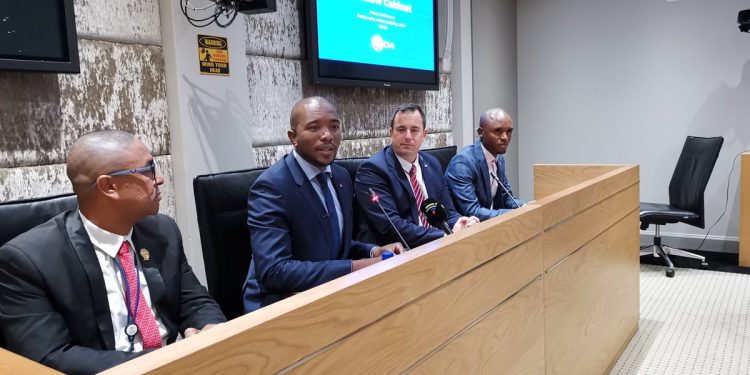 The Democratic Alliance (DA) has announced its shadow ministers and functionaries in the sixth democratic parliament.

This a week after President Cyril Ramaphosa announced his cabinet. The shadow cabinet was handpicked by DA leader Mmusi Maimane.

The shadow ministers' goals are to scrutinise their counterparts in government and come up with alternative policies in their portfolios.

The DA says it expects the ANC to offer it the powerful Scopa chair position in parliament.
Politics
2 years ago

Natasha Mazzone will continue in her role as shadow public enterprises minister, while Phumzile van Damme will be in charge of communications.

Joe McGluwa and Patricia Kopane return as the shadow ministers of home affairs and public works and infrastructure, respectively.

Denis Joseph and Ashor Sarupen will represent the DA on the appropriations committee.

Poor DA announced its shadow cabinet. I guess it will only operate in the shadows for many years to come.

So this shadow cabinet that the DA has, does it have shadow Deputy ministers as well? Is Mmusi the shadow president? Who is the shadow DP? pic.twitter.com/dioD23cLQZ

Minister and their deputies

These are the names of our new #ShadowCabinet that will serve in the 6th Parliament! pic.twitter.com/OPfcMSE35c