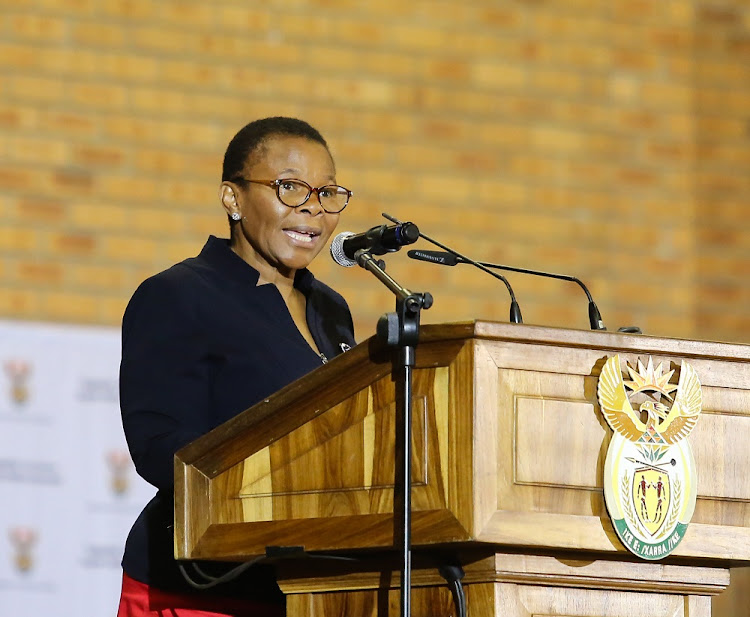 Former social development minister Susan Shabangu was left out of President Cyril Ramaphosa's new cabinet last week, having served as a cabinet minister for the past decade.
Image: Werner Hills

Shabangu was left out of the new cabinet appointed by President Cyril Ramaphosa last week, having been a minister for the past decade.

Ramaphosa appointed her to social development in February 2018 as that department was facing a crisis around distribution of social grants to millions of poor South Africans.

Before then she served for almost four years as the minister in the presidency responsible for women.

Her first appointment as a cabinet minister was in May 2009 when then president Jacob Zuma appointed her mineral resources minister. She survived Zuma's cabinet reshuffles for the full five years of the fourth administration.

She had previously served in the mineral resources portfolio as a deputy minister between April 1996 and April 2004.

She was made safety and security deputy minister between April 2004 and May 2009. During that period she courted controversy and was widely criticised for her "kill the bastards" call to the police, a comment seen as encouraging police to kill criminals.

Shabangu was mineral resources minister when the Marikana massacre occurred. She told the Marikana commission that while she and her department were aware of the unrest at Lonmin's platinum mine they decided not get involve as they regarded what was happening as a labour matter.

She explained, however, that her department had asked the Chamber of Mines to intervene by getting all affected parties together for talks.

Former energy minister Jeff Radebe says he and his family are ready to enter a "a new era of life" following his exclusion from President Cyril ...
Politics
2 years ago

In a statement on Thursday, parliament said there were seven vacancies in the 400-seat National Assembly.

Three vacancies are from seats which designated MPs did not fill. These arose because designated MPs – Nomvula Mokonyane, Makhosini Nkosi and Sylvia Lucas - were not sworn in as members. Lucas was elected deputy chairperson of the National Council of Provinces.

"There are also four casual vacancies (vacancies arising from resignations after being sworn-in) in the National Assembly. This is due to the recent resignations of Dipuo Letsatsi-Duba, Susan Shabangu and Nomaindia Mfeketo from parliament.

"In addition, President Rampahosa ceased being an MP when the National Assembly elected him as president on May 22," read the statement.

Outgoing human settlements minister Nomaindia Mfeketo has resigned as a member of parliament.
Politics
2 years ago

Ramaphosa's cabinet: seriously, absolutely everything you need to know