Bathabile Dlamini denies she was 'drunk on the job' 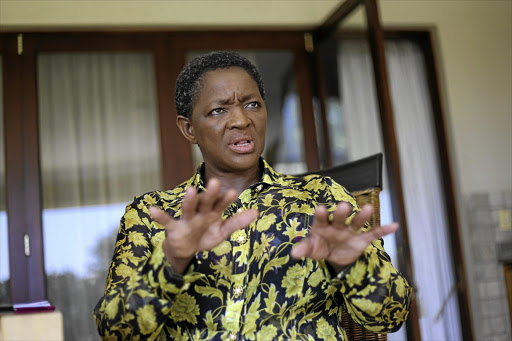 Former cabinet minister Bathabile Dlamini says she does not drink, but does have epilepsy.
Image: Alaister Russell/ Sunday Times

Former cabinet minister Bathabile Dlamini has strongly refuted persistent rumours about her being “drunk” while in office.

“I was worried … this thing was spreading like wildfire,” she said during an interview with Eyewitness News.

Dlamini said she did not drink alcohol, but did suffer from epilepsy.

“When people kept saying, ‘Are you drinking’, we had a discussion with them. And we ended up agreeing that I should go to my neurologist and find out why are people saying I am always drunk," she said.

"He listened to me and asked me to go out, and after an hour he called me back.”

She said her epilepsy medication dosage was then changed.

“As much as I was fighting, saying that I don’t drink and everyone was accusing me of drinking, I politicised the issue because we were dealing with the issues of alcohol and drug abuse, but I also had to look into myself and do self-introspection,” she said.

Dlamini’s spokesperson, Lumka Oliphant, responded to reports in 2017 about the minister being “unsteady on her feet” at an event with an expletive-laden rant.

“I have decided to take this alcohol matter to the gutter where you have taken it,” she said.

Oliphant said if it were up to Dlamini “South Africa would not be drinking‚ there would be no advertising”.

She also said people could “say whatever you want to say on her politics when you do not agree with her”‚ but added‚ “don’t talk s*** about her”.

ANC Women’s League president Bathabile Dlamini said she was made a scapegoat and an easy target as she resigned as a member of parliament on Tuesday.
Politics
3 years ago