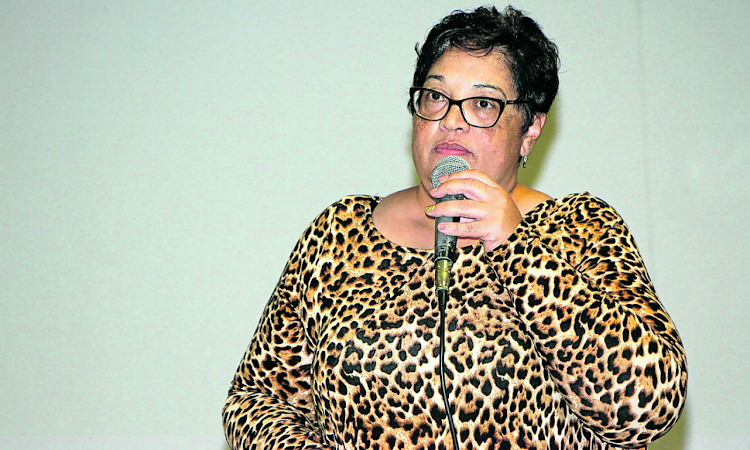 Eastern Cape legislature speaker Helen Sauls-August says the budget for this year's Sopa has been reduced from R5m to between R700,000 and R800,000.
Image: Zolile Menzelwa

Eastern Cape premier Oscar Mabuyane will deliver his first state of the province address without the usual pomp and ceremony.

The budget for the event has been reduced from R5m to between R700,000 and R800,000, legislature speaker Helen Sauls-August said on Thursday.

She said having it outside the legislature had proved costly and had to be reviewed in the national spirit of cost-cutting.

There will be no imbongi (traditional praise singer) at the Sona next week.
Politics
2 years ago

“The legislature will make an estimated saving of R2.5m a year, or R12.5m over the five years.”

In another cost-cutting move, there will be no traditional praise singer at President Cyril Ramaphosa's state of the nation address (Sona) in parliament on Thursday. The junior guard and civil guard of honour are also out of the window.

These are some of the changes that have been introduced ahead of Ramaphosa’s address. They were announced on Thursday by National Assembly deputy speaker Lechesa Tsenoli.

Tsenoli said‚ as was the case with the Sona in February‚ there would also be no state-sponsored dinner for MPs and VIPs.

An assault case against EFF MP Marshall Dlamini was postponed until June 5 in the Cape Town magistrate's court on Tuesday.
Politics
2 years ago

There will be no imbongi (traditional praise singer) at the Sona next week.
Politics
2 years ago

Mayors may only travel business class if their flight exceeds five hours, this implying international travel.
Politics
2 years ago